Hey are any of you Canadians familiar with the TV Show (and movies,) "Trailer Park Boys?" I discovered this recently on Netflix and I'm absultely mesmerized by this show. I'm entirely convinced that it's the most hilarious TV show I've ever seen. I'm also certain now that Al was one of the writers for this show because I hear things on the show that Al says online like "Fer fuck's sake!" when something goes wrong. Or "Alright, boys..." when he's addressing the group of us. Now my image of Al is a dude with huge arms wearing a black muscle t-shirt, with one hand on his steering wheel and other hand holding a glass of rum-and-coke, calmly sipping his drink as chaos unfolds around him (a fan of the show will understand this image.)

EDIT: Oh, and for anyone that has no clue what I'm talking about and why I'm asking the Canadians if they know about this... this TV show (and the movies) are a product of Candian TV. I give the Canadians credit for this one - it's absolutely hilarious.

Sadly, the Trailer Park boys may be some of the best TV content to come out Canada which isn’t saying much. Parcells don’t watch the show regularly but years ago they had a Christmas special which will have you falling off your chair in laughter.

Not sure where they film these days but I think it’s still in Halifax where I live and where it all started so we’re bound to sound similar eh?

Notre Dame has a tough challenge tomorrow, best of luck.

Sadly, the Trailer Park boys may be some of the best TV content to come out Canada which isn’t saying much. Parcells don’t watch the show regularly but years ago they had a Christmas special which will have you falling off your chair in laughter.

Not sure where they film these days but I think it’s still in Halifax where I live and where it all started so we’re bound to sound similar eh?

Notre Dame has a tough challenge tomorrow, best of luck.

You have played against the shit hawk himself... NO WAY that's awesome! :D

The wife and I came across trailer park boys years ago by accident... And to this day it's still one of our favourite shows! We went to see them live on their tour here in the UK. I think the Canadians humour is very similar to the kind of humour we find funny here in Scotland, anything that's not PC, offensive, Rude, pushing boundaries and we are IN! :D

It was trailer park boys that led us to find other shows (not all Candian of course) such as Workaholics, Always Sunny, Players, East Bound and Down etc all funny shows that push the boat a little more than usual :)

Whens the next UK friendly GT6 meet, my Fanatec wheel needs to get some use, any UK friendly time zone meets coming up in the near future?

Mr Lahey is my favorite character on that show! The other shit-flowers like Julian, Ricky, and Bubbles are hilarious, but Lahey's path to becoming a raging alcoholic is my favorite. His real-life duaghter plays Sarah (the redhead, Lucy's friend) on the show. Yeah, I'm so into TPB that I've looked it up on IMDB and other internet resources. Supposedly there's a new season that just came out on Netflix's streaming service, but Ive not looked into the service. I've not yet seen any of the movies - I think I'm somewhere in the middle of season-5 right now.

Notre Dame does have a tough game tomorrow. Real David vs Goliath drama!

Confirming that this week (April 2) we will use the EVO and Lexus Vision cars the we did not run last week.

This weeks cars compliments of Dan the Man…

Since we already know the May 7 cars, posting them now...

The video evidence is in (see below link) and the race stewards have decided no further penalties are warranted on the basis Dan got what he deserved when attempting his illegal blocking move this Thursday past. The official stewards decision follows...

Coming out of the last turn on lap 5 of the Red Bull Ring short track race the RuddyTuesday car made a legal move when moving from the left side to the right side of the track taking the inside line away from the Parcells2 car. From there however RuddyTuesday made an illegal second move coming down the same straight when he attempted to move back to the left side of the track having already made his one blocking move against Parcells2 on the same straight.

The video is inclusive as to Parcells2 intentions to purposely crash the RuddyTuesday car or if Parcells2 was trying to get back to the right side of the track where he would have eventually passed RuddyTuesday had RuddyTuesday not intervened. Since the end result was satisfactory to the harmed driver all future investigations of penalties towards the Parcells2 car are deemed moot and irrelevant. 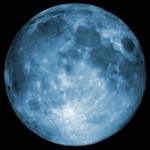 Parcells...I am Glad You Have the Proof to what I have been saying for a long time...Dan The Man Should be Banned. I try to stay ahead of him as much as I can but a couple of mistakes and into me he rams or slams.... Damn That Dan The Man!!! The Next Race I Wil have a New Plan to Stick it to that Damn Dan The Man! 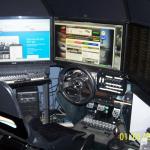 Rough crowd we are. @ parcells Cry Baby.Thats what Dan said.

Rough crowd we are. @ parcells Cry Baby.Thats what Dan said.

That was to be expected. I knew he'd love it :)

Winging it this week with some Parcells favorites. Was looking for the last time we drove the Clio, couldn't find it so turned the game to check the cars mileage and found it to be zero...that's a travesty, I really screwed that one.

If anyone wants specific tracks you know the drill.

Better late than never...will be updating the tracks for car 2 once Grimm tells me what they are sometime early tomorrow.

Updated with some tracks...

Pictures I took during last weekend's IndyCar race at Indianapolis Motor Speedway (Angie's List 200.) If you can picture the first couple of turns of the Indy road course in GT6 then I was sitting just to the outside of the second turn (the left-right corners after turn-1.)

Winging it again this week guys but we know both these cars will deliver in spades...

I’ve recently decided not to race this evening on account I’m not sure I can stay awake. I’m old and weak and you can make fun of me next week. Thanks for your understanding, see you next week.

Lets just  go with the cars we didn't get to run last week...so it shall be.

Opel was awesome, lets see how a comparable rear wheel drive touring car handles. Been a while since we abused the Mazda...

Last week was all front engine, rear wheel, this week we mix it up (hopefully with more participants) with a 4WD car that's on my list but I dont think we've driven before and one of the best MR cars the game has to offer.

If I understood Dan's message correctly, below is what we're driving this week...

No sense in putting off what we all know already, that being next week's car. Now that Jason has returned from his sabbatical it seems his plan is to torture us with ovals and the Daytona/Indy GP tracks. We can play along with that until it becomes too painful.

Without further ado and as we agreed to last evening we will run just the one car next week. If anyone wants to add some additional tracks speak up.

No sense in putting off what we all know already, that being next week's car. Now that Jason has returned from his sabbatical it seems his plan is to torture us with ovals and the Daytona/Indy GP tracks. We can play along with that until it becomes too painful.

I resent those remarks!

I even left off the Indy/Daytona tracks just so you guys wouldnt grumble about them. Could not resist the oval though - especially after last week's awesome race there.

Looks like I’ll be a little late tonight guys…should be on no later than 7:30 EDT

Minor correction to this weeks cars...the SRT will be run first, Benz second.

Arggggh... this game and it's stupid updates. I would have been racing with you guys 20-minutes ago but first a 300MB update followed by 10-minutes of installation. All this for..... the addition of a couple of cars (which I'll never use) and some sponsor updartes to the Goodwood Hill Climb track (which I also never use.) I really wish updates in this game were optional - I have absolultey no use for most of them, especially the futuristic manufacturer cars. Still waiting for the track editor which was advertised when the game launched - that would be worth the wait time of a huge download, not some futurisic car with unrealistic levels of grip that will never see the light of day.

Well, with that vent done my installation should just about be complete.  :)

Simmer down now Jason, it all worked out in the end. I was late myself as I didn't know about this update and after I installed it my game started freezing up, twice for no reason at all, requiring a hard reboot.

I think either my PS3 and/or my GT6 disc is on its last legs as starting up GT6 is often quirky of late.

Keeping with the open-wheel theme, how about the first car be the Light Car Company Rocket '07 - everything default? Fun little car to drive on short to medium tracks.

This weeks cars offers up a joint effort with Euclid picking car 1 and Parcells picking car 2. We've done both before but a very long time ago.