It is great to have a game that so many 2o2p members can gather into and explore together. I’m finding that the “most fun” time spent in Destiny is with a team you can talk and laugh with. Some of us have yet to upgrade to new systems and are enjoying the game on our beloved last-gen console. (Venus is still freakin’ gorgeous on 360! btw.) Because many of our friends have moved on, it’s sometimes hard for us to get a group of three or six together for missions and the crucible.

This post thread can be a resource for the 15-25 of us that would like to run missions on 360 with some other adult gamers who can have fun and still kill stuff. Fun is the priority; level of competitiveness is up to your fireteam. We should be able to get a group of 3-6, 2o2p players for strikes and raids if we can just plan and organize a bit. Below is an ONGOING LIST of 2old2play members that are playing on 360, or are on Xbone but also can play on 360 and might be willing and able to join a fireteam.

Please check for your sitename or XBL gamertag and comment below to begin to gather 2o2p Guardians together to defeat the Darkness. Mention if you want to accept new xbox Friend Requests, your gamertag on 360, and your current level (ex. 23 Titan). I know there are several more members from the various Halo groups and the over-50 group out there - post below to be included.

Sometimes.. on Xbox 360 - mostly playing Destiny on xbox ONE.

If you are sending out FR’s, have ‘2o2p’ or ‘2old2play’ in your Profile BIO or Motto, to lower the chance of being overlooked as spam requests. Some players friend lists may be full, or might not add you until they’ve played with you. Be patient, Be respectful, in time we’ll have interchangable fireteams that work like finely-tuned machines.

Please be a registered member of 2old2play.com and join the xbox clan at Bungie.net. 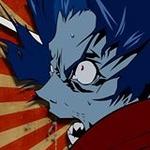 I still have room on my list if anyone wants to send a request my way, GT - Thorn1nYourSid3

I have a Titan - Striker at level 23 (nearly ready to start on Defender stats).

Really enjoy the strikes and story missions on harder levels with friends. Crucible is fun too, I'm just NOT a positive K/D consistent player.

My schedule has been wacky, but I try to get in an hour or two most nights. I'm sometimes on days. GOAL - to run lvl 26 Raids with 2o2p Teams... and laugh and joke the whole way there.

Thanks for doing this Kenjamin. I have Destiny for both the X1 and 360. Like Kenjamin said, the graphics are still great, and the 360 has a much-much better join/invite/mic system than the X1. I'll play on whichever system. If you see me on, send an invite!

Thanks also, Kenjamin. I'm an XB1 and XB360 switch-hitter as well, mostly preferring XB1 on the weekends and then going back to XB360 for the Tuesday and Thursday Halo nights -- setting up my router for one or the other is a bit of a pain.

I plan to be on by 8:30pm-ish Central tonight likely on XB1. But if anyone is in need of Fireteam members send me a message before then. My "smartglass" app will pick it up even if I'm not yet online.

I believe I have access to two Queens Wrath level 24 missions -- did one last Tuesday with Chaos and BlueFox: it can be done, but pretty rough if you're under 24 and definitely not for lone wolves.

DEEP is strictly XB1 at this point, I believe.

I have been flipping between XBONE and 360, mostly story, patrol, and looting to get my level up.  At 22 now but geez that yellow bar is moving so slowly.  Haven't gone into Crucible yet because of the negative reports on that.  I will be on 360 today -- shoot me an invite.  I have some room on my friends list as well.

I will send all who responded an invite this afternoon, I am currently a level 25 Hunter and my wife is a level 25 Titan, we definitely need some folks to help us take on the Vault. 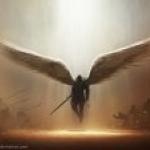 i have plenty of room on my friends list if anyone wants to play and I am on quite a bit. Im a level 25 (hope to be 26 soon) Hunter and my xbl gamertag is Surge Mephisto so hit me up!

I plan to try some strikes tonight, and probably Sunday nite too. (Oct. 4th & 5th) I'd like to try the Queens Wrath, I think she goes away on Oct.6.

If two of you have the "correct" Clan 'The 2old2play Community' we can grab an achievment.

I should be on this evening.

Confirmed, thanks Kenjamin... and sorry I just found this thread

Currently level 26 Warlock maxed out Voidwalker working on Sunslinger.  Also, level 8 Titan and level 3 hunter. Would love to take on the Vault but not sure what the time comitment is.  Mostly PVE some crucible (but I suck at crucible so don't expect me to be positive k/d).   Definately up for any high level strikes time permiting so hit me up. 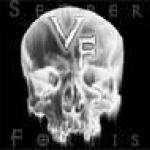 Long lost 2o2p'er checking in. All my old Halo friends are on the One and I'm looking for people to do the Raid/Strikes/Nightfall with. I got a Level 25 Titan.

I'll be adding everyone on this list once I get home from work. Can't wait to play with you all :) 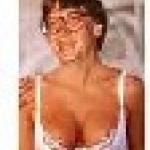 I am also a long lost 2o2p guy. Been on destiny and kinda suck. Have a 22 hunter blade dancer that needs help all the time.

on the plus side I am very good at sarcastic comments. My gt is JK5Magnus. Wed. Nights and Friday mornings are my best times.

We have two dozen or so on this list now. I hope folks can get together and find some 2o2p friends for strikes and raids.

I'll be grinding all three character slots this Thurs. and Fri. (11-6 & 7). Available for strikes or I'll help with bounties. I think I need to amp my weapons and gear before trying the VoG Raid. - INV me!

*NOTE - Except Thurs. Night - It's the last night for Halo 4 Open-Site night. Next week the Master Chief Collection launches and Thursday action moves to the Xbox ONE.

All 2old2play members are welcome. You don't need all the DLC maps, though Forge Island is FREE and there are many great maps that use it - it's a quick download. This event has been the heart of my 2old2play interest. A great bunch of folks who have a great time together and still play to win.

If Destiny had this kind of large, private-party custom games... well, it would be truly awesome.

Go read the thread in "The Halo Series" forums. Runs from 9-11pm eastern, Partys gather up early some nights.

I'll be grinding all three character slots this Thurs. and Fri. (11-6 & 7). Available for strikes or I'll help with bounties. I think I need to amp my weapons and gear before trying the VoG Raid. - INV me!

*NOTE - Except Thurs. Night - It's the last night for Halo 4 Open-Site night. Next week the Master Chief Collection launches and Thursday action moves to the Xbox ONE.

All 2old2play members are welcome. You don't need all the DLC maps, though Forge Island is FREE and there are many great maps that use it - it's a quick download. This event has been the heart of my 2old2play interest. A great bunch of folks who have a great time together and still play to win.

If Destiny had this kind of large, private-party custom games... well, it would be truly awesome.

Go read the thread in "The Halo Series" forums. Runs from 9-11pm eastern, Partys gather up early some nights.

I haven't been able to upgrade to the ONE yet, so I started this thread for [Xbox 360] players. 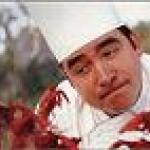 I've been away for a while, but Destiny has brought me back. I'm just starting out, and have all 3 classes at level 7. I can only play at night when the kids and wife are asleep. It's usually between 10 p.m. and 1 a.m. EST U.S.

I prefer missions and cooperative gameplay, but I'll do some crucible matches too. I haven't played long enough to know I'm any good or not. Send me a friend request to Emerilive on Xbox 360 to play. 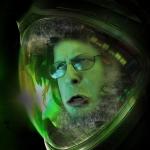 I'm in the process of getting a 2nd and possibly a 3rd character up to 20. At lvl 7 with my 2nd character right now. Running all titans so I can share armor and level up my stuff between characters and pool dem coins, motes of light and materials. Oh yeah. 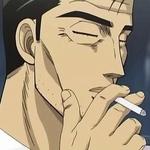 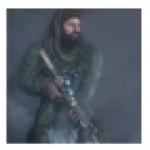 BC M109   32+ hunter  crota and vog hard raider, sword bearer crota hard if needed, 5+ kills, silent but supportive, sry no mic, enjoy strikes, bounties, nightfall missions, helping others, hit me up with an inv, just use 2old2 in your rqst, good gaming to all

I've updated the OP List with recent members from posts above. Thanks to everyone for helping fellow 2o2p members!

Oh, btw, I should have an Xbox ONE within the next week, if things go as planned. I hope to continue running missions on both consoles. 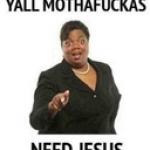 I also have the 360 version and looking for people to join up with for fireteams,  Heroic Bounties, Heroic missions and hopefully a weekly VOG raid?

I play Forza and now, destiny has taken over my obsession with WoT.

:on a side note, the 2o2p Xbox Clan on Bungie.net is full had no idea 2o2p was that big.

I copied the following posts from Destiny Reddit today, Jan. 14, 2015:

ANYONE ON 360 PLANNING ON BUYING XBOX ONE!

Today is the last day your dlc will transfer. You don't need a xbox one to get it. Just go to xbox.com sign in click Xbox one games, Destiny then the expansion pass will be free. Hope this helps people planning on buying the one I probably will.

You do not have to buy your Xbox One by tomorrow, you only have to buy the game/dlc digitally by tomorrow. What OP is specifying is that you need to log on to your xbox.com account or navigate to the game/DLC in the xbox store and make sure it shows up as purchased/free/whatever. WHENEVER YOU GET YOUR XBOX ONE, NO MATTER HOW FAR FROM NOW, THEY WILL BE FREE ON THE XBOX ONE STORE TOO. 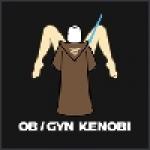 Hello all. Sent in my request on the bungie site. Would love some invites to strike, raid, whatever.  Long time 2o2p'r. Currently running a 30.5 hunter and play most nights eastern. FR's and invites are always open. My Xbox gamer tag is rythm devil.

Is this forum monitored or did everyone move on to xb1? I checked the subgroup topic, and all I see is xbone groups. I don't know if it would be rude to just start spamming friend list requests, but I would love to get in with some 2old groups. Public groups are soon boring and sketchy atm.

I play both consoles. I still have a few friends and relatives who only have the 360, and I like playing with them too. Was on the 360 last evening for a few hours. Send me a friend request if you're on the 360 along with a note about this thread.

Same here, especially if you are trying to put together a raid (team).