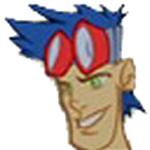 See many of you only play Hardcore. Curious as to why. What makes hardcore the mode to play vs normal? Looking for specifics beyond the ego stroke of saying you only play "hardcore". I'd be stoked if hardcore had less sniper kids and everyone PTFO.

Having played a lot of Hardcore myself and with others on the site, I can tell what I prefer about hardcore and I think this applies to the feelings of some of the others that I played with as well.

1.)  You have only 60% of health compared to normal which means you can finish off people without having to use 1/2 a magazine and is closer to realistic.

2.)  A lot of people don't like 3D spotting because it also unrealistic.

3.)  KillCams give away your position even though most of us that I played with here don't camp.  I also feel guilty about knowing the position of someone that just killed me

4.)  Regenerating health minimizes the need for teamwork with the assault class.

5.)  Friendly fire in hardcore requires you to use explosives with discretion and is also more realistic.

Some may have different reasons  but these are/were mine.

Having said this, I have been playing Normal mode recently.  Having more health does allow you to escape death when being fired upon first and especially from behind and you get more of a chance to win the fight.  I still hate 3D spotting when I am infantry on the ground, but I do like it when using Air vehicles, especially jets, otherwise it would be too difficult to spot infantry to target on the ground.   I still prefer friendly fire but when you have a teammate(s) that like to team kill on purpose for either their enjoyment or to steal a vehicle, it can become quite frustrating.  The normal mode gives you more hud, maybe sometimes too much, but necessary information such as your firing mode should be information anyone can see in any mode.  I still hate killcams and regenerating health but I can deal with them.

I never would've guessed spotting was an issue. I like the spotting feature. I always felt that it wasn't used enough in normal. Does make Rush mode a challenge. Love Rush.  Love spotting for snipers that don't PTFO.

I get the 60% health. There are some times I get the drop on a guy and he just doesn't die. Sometimes it's me, I'm aiming at his marbles and he no doubt is hitting me in the chest and head. Bad aiming by me. I die. It also gives a reason to be a medic as you said.

Kill cams I never liked, too much like call of duty.

Friendly fire always bothered me due to idiots. Blowing up my vehicle, just trying to kill me. Somehow that's fun to them. I think they really just need a hug. I like the idea of it minus the idiots on my team. I like the strategy involved, the teamwork that's needed. Be careful. Not sure about realism, we can spawn out a squadmates ass if we like. That's not too realistic. At least I can't do that. I like a game that balances some realism with fun.

Last time I played hardcore was Bad Company 2. It was full of sniper guys looking to boost their all mighty K/D and people too scared to attack the objective. It seemed they too were worried about dying.  It seemed more COD lone wolf style than team based fun. The objectives were secondary to getting kills. I think that's just a by-product of stats and having a K/D ratio. Somehow a high KD equals skill in many gamers minds.

I guess I'd like to get in on the fun but was hesitant about joining up with guys that were hardcore only.

1)Do you think teammates are more apt to play the objective in hardcore or is it about the same?

2)What about sniper guys? The dudes with a sniper rifles who take up a spot on your squad or team and just try to get kills only? Are there more of those in hardcore? I would love to see a mode that doesn't have sniper rifles. Rarely is the recon class used to benefit the team. 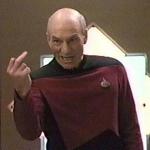 The spotting / tagging on core does suck and why I like hardcore.  You can't sneak around once you are tagged.  I also like the friendly fire of Hardcore.  You need to be careful with your shots and explosives.

Normal all the way for me

I do think sometimes you get more snipers in hardcore but not too much of a difference.  Of course that usually means it is too many, but when you have a group of guys you are playing with, that doesn't matter, because hardly anyone from this site I played with even plays recon. 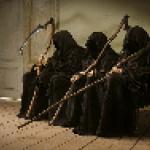 Recon just isn't the same without the Wookie suit!!

60% health was a bug from Armored Kill which was resolved with End Game.

I used to play normal core only until I started playing with some friends where all they played was hardcore. Now I cannot play normal.

Yes but why cant you play normal now? Sounds like it's the with friends part that helped you make the switch. 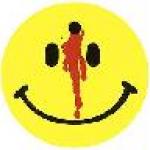 I used to not like hardcore until I started joining the BF3 hardcore mic-only servers, and I kinda like listening to mic chatter because I have to concentrate a bit in the middle of doing something else, not too unlike what it must be like in a real firefight.  It makes up somewhat for the lack of spotting mechanic, but I also feel like the spotting mechanic needs to be there because your situational awareness in a videogame is so limited to what you have available to you in real life (i.e., try playing paintball but without being able to swivel your head from side to side, you can only face the direction your gun is pointing).

Another difference I find between core and hardcore is that core forces you to make sure your shots connect.  Since health is reduced in hardcore, I got used to just firing bursts right around the target's center of mass and the enemy would go down pretty reliably.

Between enemies having more health, tanks behind harder to blow up and the 3d spotting the question is why normal? 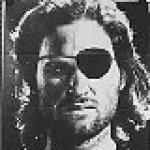 Between enemies having more health, tanks behind harder to blow up and the 3d spotting the question is why normal?

Agreed....some good points on hardcore. I find especially with BF3 that hardcore is the better overall experience and required with the weapons.  Although BC2 on hardcore is still the best IMO.

I still hang on and play BC2 as a much better gameplay feel and always play hardcore:

The hit detection seems better (at least for me vs BF3)

Was really hoping that BF4 incorporates more of BC2 feel of gameplay VS BF3, however based on the demo (not happening).

Hardcore in BF4 is very much improved. No stupid map or spotting, enemies die in a reasonable amount of bullets instead of needing half a clip, and the current ammo glitch where you lose your entire magazine when you reload is intended for hardcore so just maybe support will figure out what their ammo packs are for, and no health regen means you need the medic to actually heal you.