I have a printout of that map and a 2-D version with lots of pencil marks on it. Really handy!

Here's a link to the 2-D, which has better labels, I think. The glitch lands you in a hallway between the grinder and the control room (near the aqueduct).

I seem to have found a workaround for my 4K HDR input lag problems. Yee hawww! 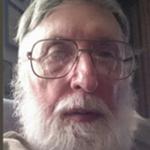 I seem to have found a workaround for my 4K HDR input lag problems. Yee hawww!

I've been enjoying the expansion. It's gorgeous, and even more so in 4k. Found the missions entertaining enough. My expectations are generally low for story. I want a variety of challenging fights, and there was enough to make me happy. Found it interesting that some Redditors are finding the infinite forest boring. My approach was to dash in, try to kill the necessary targets as quickly as possible, and dash on. It was a blast for me. Naturally enough, that approach got my behind mightily kicked when I ran my first heroic tier adventure yesterday.

The Prometheus Lens is for sale at Xur. Must have, especially for PvP, as it's overpowered atm.

The raid lair thing is now active. Worth taking a look even solo, at least for me, as I haven't messed around in the underbelly much.

Gotta say, D2 in 4K with HDR on a compatible TV is remarkably gorgeous. Now that I foiled the input lag problem and played a couple of days in 4K HDR, I recommend up upscale at your earliestconvenience.

Wow, it is beautiful!

Since it is reset day I was going to play a little Destiny to get some powerful gear but just saw that D2 will be down from 11:00 AM Eastern until 5:00 PM for maintenance (if they finish on time).  Thanks a lot Bungie.

Since it is reset day I was going to play a little Destiny to get some powerful gear but just saw that D2 will be down from 11:00 AM Eastern until 5:00 PM for maintenance (if they finish on time).  Thanks a lot Bungie.

It hadn't reset this morning either.

There is also a content patch/update today, so I expect it will take longer than normal.

Didn't know that.  Just shows you how much attention I am paying to things these days. Maintenance must be over -- I see a few peeps in game now.

Masterwork weapons are here! Watch out for weapons with gold frames around them.

I was finally able to craft my first Masterwork weapon last night. The perk where you make orbs on multikills is REALLY good. You make orbs for your Fireteam AND yourself! The first strike with my Masterwork Nameless Midnight I made 32 orbs where the other randoms in my Fireteam didn't even make double digit orbs.

Finally, something worth the grind!

Nice to hear! What stat boost did you get on it? Of all things, my second masterwork to drop was a Better Devils with mag boost (one extra round). That's one of my faves, so I was pretty happy.

Very curious how masterworks perform in the raid, where mob health is higher, and multi-kills should be more rare.

Mine had the same perk for the Magazine.

I had a Positive Outlook masterwork drop with increased reload speed. Haven't put it through its paces yet but will try it out on my next strike.

Deep, here is a sweep wing forward, almost like mine! lol (Chinese J-31) Opinions may vary on this but video link below is very interesting.  NSFW for language:

And Happy New Year to come! Here's hoping Bungie gives us lots of compelling challenges to tackle together in 2018!

6v6 Crucible is coming. Private matches too but they didn't say 6v6 yet.

There's a lot to chew on in the new Destiny development roadmap in addition to the PvP changes DEEP mentions. Highlights for me include masterwork armor, raid specific perks on raid rewards, no more timed nightfalls, and strike modifiers. What do you guys think?

The changes are welcome, but it still just feels like Bungie is still playing catch-up to D1.

I was happy about Masterwork armor, seeing how useful the weapons are, but then saw the "perk" is damage resistance during your super. What? Really? As I brainstorm the various awesome perks I could think of for Masterwork armor, this wasn't even on my list of things I would want. I suppose the Crucible players will find it useful, but I'd rather have cooldown reductions or something more useful.

I do hope the mod system rework drastically improves things as this current system is so dumb. Take away the restrictions for where these mods can be applied and let us put any mod on any piece of gear. This current system has me with a whole page full of blue mods in my vault and almost maxed out space on my character inventory. Too many mods! However, running 3 characters I rarely feel like I can use a Legendary mod on a piece of gear since I have so few of each and don't want to waste a mod.

Raid perks are good (again, a basic perk we had in vanilla D1), but basically never get to raid so this doesn't have me excited.

I do like the proposed changes to the Nightfall - again, very similar to what we had at the end of D1, so I'm not impressed with this "addition".

I am disappointed we are not getting some kind of change to the shader system. I hate this current system and it limits my ability to play with new combinations due to the whole one-time-use thing. I could even work with have the shader be "unlocked" for a piece of gear if I apply it, this would at least give me the option to experiment, while still keeping this current system in place. I don't know...it's just dumb.

I really hoped this roadmap would have given me some encouragement, but overall I feel a little bit let down. I know Bungie is working hard. If the stories about D2 being scrapped and totally re-worked only a year before launch are true, then I can see why D2 is in it's current state.

Overall, I'm tired this this new way of playing games where the devs launch a game, knowing it's broken, and then just fix it as we play. All while people get frustrated and leave - to go play another broken game...lol

Looks like to me Bungie is trying to move D2 to what everyone liked about D1 which is what the original D2 launch should have been -- start with what works and evolve.  Unfortunately the game was unfinished when launched, made changes to just about everything that people just hated, and earlier attempts at fixes were either not well received or broken or both.

I still have it; I still play it; but not with anywhere near the interest that I once had and I think that I am not alone in this.  Just look at the scarcity of posts in the Destiny forum.

I feel the same about these changes as Darth and Achy.

I'm also very disappointed some of the changes aren't due for 4 months. Even then they're not guaranteed.

What you guys said!

I wonder what fraction of Destiny players are the "this is a game I'd like to play several days every week indefinitely" variety (like most of us) as opposed to the "buy it, play it nonstop for three weeks, go away happy and ready to buy the next Destiny title" variety. I think vanilla D2 was a great product for the latter type of player. It's hard to please both groups, since the more content that only unlocks very slowly over weeks and months, the more the "three week" player feels that he's not getting the whole game he paid for.

I get your point Krak. The issue is that Bungie knows what Destiny players want, they know there is a huge community that wants Destiny to be their one game. I think this took them by surprise in the first game. I think Bungie initially anticipated we'd play for a bit and come back for expansions in the first game. However, it soon became apparent people want to grind for the best gear. People want to the grind patrols, strikes, crucible, trials and raids for loot.

Bungie saw this and made Destiny into a game that would cater to these ideas. Yeah, it took 3 years, but Destiny was in a really good place at the end.

This is what I think many in the community thought we'd be getting - only with some new tweaks and ideas to take full advantage of new technology.

However, what we have now is a game that feels incomplete and is essentially playing catch-up with D1. If rumors are to be believed, what we have now in D2 was only made in 16 months after some of the higher-ups in Bungie/Activision scrapped everything.

After reading the latest plans it almost seems like it will take a year from launch to get things back to where we would have expected the game to be on day one.