I started playing PC games (mostly Halo MCC and Destiny) this summer and noticed some PC build posts here so I decided to include the one I finished this summer and am using for gaming.  Note that I can expand storage in this build with a second nvme ssd and second HDD if necessary:

Don't want to jinx myself, but this build has been extremely stable since day one.  The case ventillation and H100i AIO have kept my CPU, motherboard, and RAM at good temperatures.  For example at idle CPU and GPU temperatures are around or slightly below 30C.  Motherboard and RAM temperatures are fairly consistent at 31C to 32C.  Early on I ran a 100% stress test on the CPU and it never exceeded 70C, so these days I am not concerned about overheating (although I do check now and then). 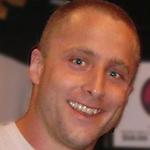