Iron Banana returns today with some changes (see below). Game mode is Supremacy and we'll have to visit Saladin at the Iron Temple to get the bounties. Saladin is selling Auto Rifle, Shotty, Gloves and Class Items.

Let's get some IB loot!

You had to know that Iron Banner would reawaken in Rise of Iron. We have some different ideas for how this contest can reward the Guardians who submit themselves to it. You’ll find more paths to rewards and customization:
Game:
Destiny
#2 Tue, 10/04/2016 - 18:14

The alt character experience boost is still in place, and since the tempered buff is gone it makes sense to get that first character's rank up as high as you can and turn in those bounties rather than holding onto them until the end of the week.

There are no longer any daily IB bounties, just the 4 weeklies.

I played about 10 games last night and got all of my weekly bounties done. The new bounties are much more user friendly than previous versions.

Winning most of our games and turning in all of the weeklies got me just a few points shy of Rank 4, so it's very fast. I like being able to immediately turn in my bounties instead of the old way of holding them until later in the event.

Now, on to the loot drops - it was raining loot and every piece I got was a LL upgrade. Granted, it was generally 1-2 Light, with the exception of a Ghost that upgraded that spot from 365 to 374.

In other words - PLAY SOME IRON BANNER!

Unfortunately, IB matches are not counting towards the "A Hunt For Glory" weekly. If it were, I would have it almost finished, but just checked it and it's still all zeros. Don't know if that is intentional or a bug.

Yup, IB is giving out drops like candy. Wouldn't drop a ghost for me though...

Played about 10 games and completed the weekly bounties, got 3 armor pieces, 2 shotties, scout and fusion rifles, and ranked up to 3 1/2.

I might hold on to the bounties for my other 2 characters to see if I can improve my light level before the end of IB.

Yeah, I was so glad to finally get a Ghost last night. The encouraging thing though is that Ghosts will now drop before you hit Rank 5. The previous IBs, you wouldn't see the Ghost drops until you were max rank.

Granted, max rank won't be that hard to reach now, but it's still nice to see the early drops.

Damn, wish I was home to play IB. Friday night before the raid will be the earliest.

First IB match today I got 2 legendary drops both +2 LL and I thought OMG!!  then reality set in...

Finally crossed my days-long 354.9 plateau with a 320 Sepiks strike (yep: aside from IB, nothing delivers consistent up-leveling like the Sepiks strike -- just like everyone else was saying). Played two IB matches afterwards and got my first 355 ghost and 359 armor. Looking forward to more IB the rest of the week.

Wednesday IB was a wash: Servers were down. Way down.

After playing long enough to reach level five plus a couple hours, a ghost finally dropped for me. 11 light above my previous one. Raised me one full LL, and should allow me to improve my other gear quickly as well. Thank goodness. Was really starting to feel abused by the RNG gods.

Played 1.5 hours of IB last night. Never got one thing of higher LL.

So much for Bungie fixing the drops.  I am still running strikes now and then, primarily for reputation and 2 of coins drops.  Still no treasure keys.  Exotics seem to be dropping every 10 coins or so now.

Still haven't had a ghost drop. Most of my stuff is 376 but nothing goes higher anymore

I am saving armor for my other characters.  I should be able to get my Warlock up to 370 and Hunter to over 365 when I get a chance.  Make that 375 for the Warlock!

Overall, the IB was very productive for me. I ran all three characters to Rank 5 and received many upgrades. The only things I didn't get was an IB helmet for any of my characters or the rocket launcher. Running multiple characters really is the way to go, especially with the alt buff you get once ranking up one character - basically the bounties are worth double exp.

My haul from IB: a bunch of ARs and Shottys, one Sidearm, one Handcannon, two Scout Rifles, two Pulse Rifles (my favorite), one Sniper, one Fusion, one Machine Gun (another favorite), 3 Ghosts, 3 Artifacts, multiple armor pieces, two shaders, two emblems and the sparrow.

I will say though that Supremacy is a much tougher game mode to win or have an effect as a solo player. Kills are basically meaningless if the orbs don't get picked up, so this means it's very fast paced and close quarters. Granted, a nice change from the usual hard-scoping sniper matches, but Supremacy is not the gametype for casual or slow play.

I think that is one thing I'd like to see addressed as I went on a fairly substantial losing streak when playing solo. I think offering up at least one or two daily bounties would help. 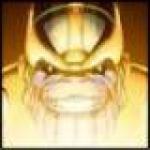 Something ought to change.  I think I hit Rank 4 in about 24 hours, then spent days cracking Rank 5.

The Banner is back today and up for grabs from Efrideet will be the Pulse Rifle, Machine Gun, Chest Armor and Leg Armor. I got the Pulse and Machine gun during the last IB and they are both very good. If you can get the Pulse with a nice stability upgrade, it can be good for Crucible.

The game mode this time will be Control.

I got the pulse rifle last time and it is one of the few primaries that I have continued to raise the light level on after getting the raid guns.  I'm really hoping for a better roll to drop or that Efrideet will have a godly roll.

Also don't forget to pick up the Shaxx weekly bounty if you have it available to you.  It just happens to be control this week.