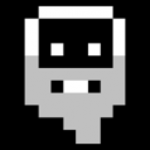 I know I've posted about Arma 2 before :) and the game isn't for everyone.  It's an FPS sim and so the movement is slow and deliberate and it can't be a bit overwhelming.

Anywho there is a MOD for this game in its Alpha phase called DayZ and it is blowing up big time right now (it alone has propelled the sales of Arma2 to #1 on Steam....that's just crazy).

you wake up on a beach and have basically nothing (some food, water, bandages and shitty handgun with limited ammo)

and that's it....the rest is up to you.  There is no score - no objective - no nothing.  You just try to survive.  You have to eat and drink water - you will need supplies.  scattered through the world there are items - usually found in buildings and huts in the towns around the world....trouble is the zombies like the towns.  So do other players.  That could be a good thing or a bad thing.  You could find some like minded folk looking to group up.....or you could find a rogue bandit who would rather kill you and steal your stuff (happend to me last night lol).  You can kill other players, you can steal their stuff.  When you die - you're dead - you lose everything and you can start again.  When you kill someone you become a bandit - so you look kind of like a terrorist with a bandana.....then other players know how you roll.  This gets a bit tricky because if you kill someone in self-defence you will also become a bandit.

If you disconnect from a server and then come back you will still have all your stuff and be in the spot where you were when you disconnected (doesn't even matter if you connect to the same server or not).....you'll need some food and water though as that continues to be slowly consumed when you are not playing.

The game is a buggy right now and just setting it up and connecting to a game can be a bit of a pain - but if you can deal with all that it is worth it to get in on this exciting game right on the onset.  I had so much fun last night that I actually regret that I'm commited to playing Diablo 3 tonight (although that will be a blast as well).  You need Arma II Combined Operations to run this mod (I run mine using the free Arma 2 game + Operation Arrowed expansion - so I'm running with some shittier textures but meh it's still a blast.....I'll buy the retail Arma 2 soon).

Here are some videos of some guys doing that DayZ thing.  This is actually a good series (I think about 6 episodes)....this group splits up.  One group for the most part is trying to play it straight - surviving and supporting each other....the other group goes a litttle darkside and starts ganking people....pretty wild).

Another good video from another guy....this guy I don't think he sees a zombie in this video but it's still a good little tale :)

in DayZ if you lose too much blood you slow down, the screen flashes and fades, your hearing goes and you start passing out....basically you become a burden.  You can get a blood transfusion if someone in your group has a blood pack (blood transfussion requires another player to administer it to you - you can't do it yourself) or you could eat meat if you have any....don't think those options existed for this poor guy lol

Been reading up on this one.  Going to rip into Diablo 3 for a while then try this. 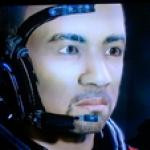 I just learned about this game about a month ago and I love it. I'm the tactical shooter type. I will have to give this mod a go when I finishing learning who to play the game.

Played some today and was shocked at how tense certain moments can be.   Me and another cat were doing some scavaging when he was shot by a bandit.  Dude started bleeding out, and of course the sound attracted the hordes, so we had to bail.   As we were running I noticed the bandit was making his way behind us.   Not only that but a bunch of zombies are nipping at our heels as well.   My partner was slowed by blood loss, so he decided to give me time to escape.   Most epic moment I ever seen was when the bandit went in for the kill just to realize that there was a horde of zombies closing in.     It was so cool I sat and watched as the bandit was killed only to realize I was being attacked from behind.

All I know is that this dude has created the zombie game that I have always wanted to experience.   Would really love to get into a group with friends to try it out again.   Solo is just too tense.

YES! finally hooked someone.  Is this game not insane?

Do you have the 2old2play Mumble setup?  or Skype?

tukkerintensity on skype buddy or we can do Mumble.

Nope been wondering what I should use for dedicated voice chat.   I'll probably setup mumble, skype and vent to cover my bases.   Other then that let me know when folks are down.