Well first off, I'm really digging the Beta, but thought I would share some hidden tricks & tips in starting your character off better at an early start.

When you first start off at Level One, you don't have access or the skill to carry a Heavy Weapon; however this can be easily rectified if you have the funds to see the Engram Decoder Merchant ( he's right to your right, when you first appear in the Tower).

Go up to him and see if he has a Heavy Wepons Engram to purchase, congratulations you've unlocked the skill very early on, of course the other way is to complete the one mission in Old Russia, or by using your Super Power (Nova Bomb for Warlocks for example) will usually cause an enemy to drop Heavy Weapons Ammo, so if you don't have the skill and run over one of those fancy purple blocks on the ground, you should automatically unlock the skill.

There are quite a few secrets hidden within the Beta, for starters there are hidden Ghosts for you to find and revive, ther are 3 that I found in the Tower (if there's more, I would love to know where??), one is on a bench, where you talk to your particular Guardian Advisor, to get to the second one, you need to head left when you first appear in the Tower and take the stairs leading upwards, you'll see the Ghost laying on a stack of crates, and the 3rd Ghost is on a bench where the Speaker of the Guardians office is at.

I have also found 4 Ghosts so far in Old Russia, laying throughout the maps, one is in a locker, one is inside one to fhe big concrete pipes, another was on scaffolding and the last one that I just found was laying on top of a shipping crate; I honestly have no idea how many Ghosts are hidden throughout the Beta and what happens if you find them all???

Also there are 5 Golden Chests hidden in the Beta; I have yet to come across one, but Bungie has confirmed there out there, again I have no idea what's inside those particular chests???

Also some people are a little confused when purchasing extra ammo from the gunsmith, and thinking it's been added to your amo count on your guns meter, the fact is you have to open your Inventory and select it, there also happens to be a Cool Down period, before you can use another cache of spare ammo, it happend to me when I was taking on a Devil Spider and wanted to access more Heavy Weapons Ammo for my RPG, but there was a timer counting down.

Unfortunately at the moment it looks like the Level Cap is staying at Level 8, which sucks, because I found some cool stuff that I cannot use until I'm Level 10 (LOL), but that doesn't stop you from increasing your skills, and upgrading Armor and Weapons, for example, you want your Sniper Rifle to become rad and you getting better at using the bloody thing; keep making those single head shots count, because as long as that weapon is highlighted by green background, you'll eventually unlock better scope, faster reload time. Hell I'm playing a Warlock and I've managed to upgrade both a Sniper Rifle and an RPG to a point that I'm inflicting big time damage.

The best advice I can give is constantly use all of your character's particular abilities, such as your grenade, it goes from a Vortex (Warlock) to becoming a Scatter Grenade to a Volt Grenade, all by simply using it and killing as many enemies as possible.

If anyone else discovers some secrets or has some cool strategies or tips to give out, I would love to hear them as well. 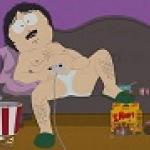 I heard on machinima twitch stream that the level increase will happen when the beta opens to xbox.

Dead Ghost Locations - https://destinyghosts.wordpress.com/  (These unlock things in your grimoire. So far no idea if this has any influence actually in-game.)

Deej said in the destiny stream today that the level cap would be raised upon release.  So I am doubtful that they will raise it during the beta, but you never know. 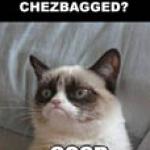 Dead Ghost Locations - https://destinyghosts.wordpress.com/  (These unlock things in your grimoire. So far no idea if this has any influence actually in-game.)

Deej said in the destiny stream today that the level cap would be raised upon release.  So I am doubtful that they will raise it during the beta, but you never know.

I did founded a hidden golden chest in the area where it used to be a subway system underground and near where the Darkies would come out from an immune area (any area where you can't even shoot and kill them and you see the repetitive words "immune" bounce off them).

Anyway, the hidden golden chest is located in the ceiling area, above some pipes but it can't seem to be reached unless you jump higher. At the time when I founded it, I didn't have enough jump power to get it. 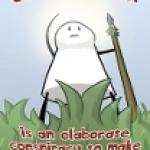 I don't think Bungie has been definitive about that. It would be nice but I'm not expecting it.

I don't think Bungie has been definitive about that. It would be nice but I'm not expecting it.

I'm pretty sure I heard something on the stream about signing into the beta on the 26th and that those itmes earned then would be permanent...so I'm thinking other then that the beta stuff will be wiped. Could be wrong though.

Looks like some of the equipment is going to transfer, haven't been able to find anything about the characters again though.

Tips and tricks are always fun, I've got a few.

Loot is not random. This isn't like Borderlands where you might find an assault rifle with 43 damage and then get one with 45 damage in the next chest. At whatever level you're at, all weapons of that class do the same damage. The only thing that changes is the effect it gets when leveled up, like finding more ammo or better aim when zoomed in.

The crucible is HEAVILY loot based. I got a really good auto rifle from doing the strike mission, and my damage went up from 13 per bullet to 22. People were dying nearly twice as fast.

The golden chests unlock an advanced sparrow for you, it's faster than the default one but you get a random color.

Don't worry if you don't pick up all your loot. When you return to town the post master will have anything you might have missed.

Don't be too stingy with your super. WHen you use it, you generate orbs of light which your fireteam can pick up to help build up their supers. It builds pretty quickly. 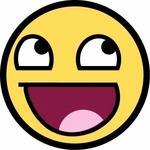 It seems like the MM version is just a version of shotty/snipes from Halo.  Your primary weapon, while decent, is worthless against secondary weapons.  People either run around inside the bases with a shotgun or roam around the edges with a sniper.  :/

In order for a primary weapon to become seriously bad ass, you must constantly use it while doing missions and free roaming; and don't forget that weapon needs to have a green background behind it, which means it's upgradeable.

I have a tricked out Auto Rifle now, that has a sniper scope and very little recoil; in fact I've been using sometimes as a sniper rifle, and I used last night to actually kill a Level 20 boss in a cave (the guys with  ???? marks over their heads), it also took the use of grenades and using my Nova Bomb, but once I knocked his shields down, I just held the trigger down and let loose, he dropped pretty quickly.

Remember even if you have a Level 8 character, that doesn't mean you can't stop leveling your abilities, and of course weapons & gear; so if say for instance you have a upgradeable shotgun, than use that bloody thing every single time, eventually you'll start unlocking upgrades for it, as with any other weapon. The same goes for your character's abilities, for example you can upgrade your grenade to a different one, simply by consistently using them and scoring kills; I have a Warlock and I'm about to go from the Shatter grenade (next one after Vortex) and will be unlocking the Bolt Grenade very shortly, all because of tossing the things and killing enemies.

The only map I have a problem in MP is on the Moon, if they took away the vehicles, then half of the idiots I've played against the general public online, wouldn't be doing as well score wise; the best advice I can give is to constantly move, learn to shoot from the hip while running, and use your character's abilities; hey if you've got a Hunter, toss that blade like there's no tomorrow, melee attacks work a lot, and when your Super Charged, use it, use it, use it; and watch yourself start racking up huge kill ratios.

I incorrectly assumed the ???? guys were currently invincible. Thanks.

Some are, some aren't. I've found some I can do a little damage to, and some just say resist or whatever to every bullet and grenade I have.

Yeah there are others that I absolutely cannot seam to do any damage too; or skim a little off their shields; I don't know if anyone has discovered the hidden cave that is actually underneath the area where there are several old helicopters laying around, there is a huge Hive Knight that has ???? marks above his head. I was playing with two other people and we couldn't kill him, but somehow we blew him off the little ledge, and found another Ghost to revive and a chest that's hiding above in the ceiling.

Ny brother killed the same boss that I did; he's in the cave just before the Skywatch Tower, he used his grenade and throwing blade first and summoned his Golden Gun and pumped all three shots into the SOB and he dropped. But he's the only one that I've been able to kill, I've tried going after the three Hive Knights in the sewers (keep dying), and didn't last a second against the ????? marked Wizards in their crashed spaceship (that's what it looks like to me at least, LOL)

Hit your headshots.  If you aren't currently doing that, work on it.  You'll find the Crucible to be a lot more enjoyable and you'll get through enemies faster, and using less ammo.