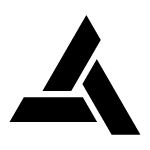 Hello! It's almost that time people. Vault of Glass opens later tonight, and truth be told, I'm not ready for it. I just popped 26 this evening, and while that's the lowest requirement, I'm thinking 27 is a safer bet before I venture in there. Anyways, to the topic at hand.

Who on PS4 is looking to raid? What days this week looks good to you? I'm leaning towards Sunday/Monday. That would give us time to add, run some strikes in smaller groups, and give people additional time to get to level 26+. Although if someone wants to try a raid sooner, or have a group that needs 1-2 more, it never hurts to throw out some messages! Lets post our levels, PSN name, and times best for raiding. That should help people decide who they may want to get with to strike/run with before hitting the raid with 6 people at once.

Also, what should you bring? Some ammo synthesis would probably be nice. Hard to tell what's going to be in there, and being that's the only consumable you can buy and use in the field of battle, it's probably best to stock up on some of those. Other than that, bring your ass kickin boots :).

I'll try to keep this updated as people post. I plan on checking this at least once a day.

Ohnoezz89er - Titan Level 26 - Evenings after 5-6 CST til about 10 during the week, Major time on the weekends 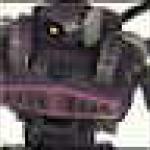 We are on most evenings after 5 CST.

Only level 17, but once I get high enough I will be done for raiding on the PS4. SoulTerror8 is my PSN.