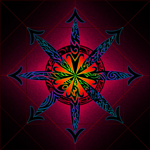 So if you haven't heard about the Halo 4 Campaign Theater Mod, it's a mod that does exactly what the name implies. The guy who created it has since had his 360 and IP banned from Xbox LIVE, as has anyone sharing video or screenshots using it. But man, have some awesome screenshots been taken! I think whoever is in charge of the decision not to allow this mod to be used, or better yet, to legitimately give us this functionality, is seriously making an unintelligent decision. I mean, just look at the images below, then see in the high-quality video under them, the kind of invaluable free advertisement and positive rep Microsoft, 343 and Halo could be getting -  for free! - to help detract the public from all the negative Halo 4 has and continues to receive.

The guy who utelized the mod and took the following images has been banned. I found and saved them a few weeks ago, before Waypoint had them deleted. Too bad, 'cause these are sweet! Want MOAR! Here is "Beautiful Campaign", a video posted at Reactive Bias that he found on a German fan site. It's quite impressive...

Nice pictures. I miss campaign photos and video capping. I had stuff from Halo 3 on B.net and a really good one from REACH that someone added music too made it onto Halowaypoint's front page.

As for the banning, the moment someone connects modded content to Live, I don't care. I am a hypocrite though since I do use the Race game type.

DEEP_NNN wrote:
As for the banning, the moment someone connects modded content to Live, I don't care. I am a hypocrite though since I do use the Race game type.

Well, to take the screenshots it automatically shows up on Waypoint (I guess he could have taken them whilst offline) and as for you being a hypocrite, what about Frankie seen on film saying we can put modded gametypes in our fileshare?

I understand the Theater Mod may have other implications I am not aware of. Maybe it has code that is closer to modding an Xbox in a way that resembles hacking into the War Games system, though I doubt it. Regardless, if a hacker can give us Theater Mode (no, I haven't used it and don't intend to) then it should be easy-peasy-pie for 343 to give it to us.

It just doesn't seem intelligent not to give it to us. But since they're so tight-lipped on any of their reasoning, we may never know if there is a truly legit reason we can't haz. Oh, they did Tweet HaloFanForLife an answer that it would take up too much server space, but his reply makes sense that it doesn't make sense that Microsoft couldn't manage that. Still seems to me like the free advertisement and positive rep, not just for Halo 4 but for the franchise, alone would be worth it.

Edit: PS do you know about the "legit" way of getting campaign footage?

Did you watch the video below the pics? I watched it again today, I love it!

Did you watch the video below the pics? I watched it again today, I love it!

I watched but didn't hear it the first time. Audio embargo in the homestead. ;)

Today I watched it again with the audio and it was wonderful. Thanks for posting it. :)

Didn't think of trying the blind skull. Still need a cap card and it doesn't allow free roaming etc. Great for what the author was showing.

bs angel did reply on the "why no theatre". Can't find the link. 343i ran out of time and resources and it didn't make the cut for release and would not be included in a TU. The modded stuff you see is glitchy, not a complete solution. Some of the modders presented their modded solution videos and insinuated campaign theatre was complete and available in Halo 4 when the opposite was true. 343i made a business decision that many of of us don't like. Sucks but there is no mystery to it.

Oh, about Frankie's comment. It reduced my concerns but look what happens when you take a tiny step too far. Frankie has no final say on the matter. I understand XBox Live has final say.

From an older topic below. Huntiric dug this up and reflects what I commented above. http://www.2old2play.com/forum/divisions/halo-series/well-interesting-506668#comment-3676119