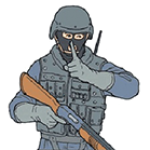 So, I'm probably one of the last ones to see this (and strange that nobody posted it) but you can now customize your attachments, camo, and specializations from the Battlelog site.

Once you're in your profile screen, your menu options (Overview, Weapons, Vehicles, etc) should show a Loadouts tab as the second-to-last option.

I love to tinker, so this was huge for me. Now, I just need to test how long it takes to actually be applied. Sometimes I have a computer or tablet running simultaneously, and it'd be nice to change things out while waiting for the next match to load. Has anybody tested it?

UPDATE #1: Well, I made my changes while in a game and they never showed up in the 15 minutes of testing/playing. Maybe it's something you have to do before you log into the account through the 360. I'll be logging in again later tonight.