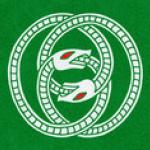 Yea am up for some f1 action although i suck at it thru not playin the game enough, will give me an excuse to tweek the wheel for that game as i suspect it will need a special set up....Re GTA will have to wrestle my copy back from the lad i leant it to...which may be interesting lol.

As regards future forza series all my ideas can be ready fairly quickly as have given some thought to the likely regulations and most of it writes itself as we have all done several series now. This is in case duffer is unable to do his transam series directly after the gt1 series

@duffer hope your back gets better soon bud, take all the time u need to recover we will still be here going round in circles lol, all the best eh

Even i have a few ideas, that can be ready very quickly if needed. (atleast one of them) 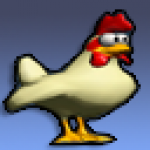 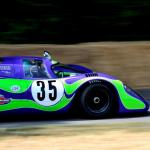 My Xbox 360 HDD is pretty knacked, so installing new stuff is flakey.

And holding out for PC GTA V to go with my new computer...

We could go for some GT3 cars or I'd had thoughts of a heavyweight saloon series?? 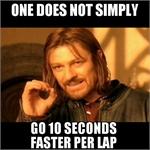 the thundersaloons is a heavyweight series lol. then there is the longlost gt6 lol on some wee quaint jap console anybody remeber that??

So ok i thought i would set the ball rolling earlier on this one, I know we are still in the middle of the gt3 series but what to do next?  I had it mentioned to me that perhaps we have done a lot of gt series on the bounce recently so time for something different, and were'nt the BTCC series good......so some thoughts...

1) BTCC series. 3 sprint race format as before, handicaps open to suggestions but think the grid order ideas used previously worked well (ie 1st race random, 2nd race in order of race 1 results,3rd race reverse of race 2 results). Car eligibility- FWD only, weight limit TBA but prob around 2400lbs, max horsepower 300BHP. Aim of this is to use the plethora of hot hatches in the game, however as the previous series have been dominated by civics and scirrocco/golf gti, these cars would be on the ban list from the off, from memory most of the other Focus/Astra/Leon/Pug etc offerings were pretty similiar in performance, ( I built loads!!). Hopefully therefore it should be an open series not being dominated by one particular car and with 300hp they all should handle and give close racing.

2) Perhaps run on alternate weeks to above or instead of above if it its deemed not hairy chest enough, Thundersaloons!  RWD saloon bodyshape only with 500hp on tap. Weight limit prob around 3000lbs to bring in the likes of BMW 5 seriesMercs/Lexus is200 etc etc. Drivetrain conversions would be allowed to bring in the Audis and other 4wd saloons like the insignia and possibly the Skyline. Overall the idea is do what the previous super touring cup was meant to but in this case coupes/sports cars would not be eligible so no bloody porches lol. Also the m3 and Audi s5 are coupes....so no m3gtr either. Race format would be same as the btcc idea and again any car found to be silly quick would be removed pre championship to open up the field.

I am happy to write up the regs for either of these and administrate the series but would need a stand by host on weeks when i am working, which will happen at some point guaranteed lol 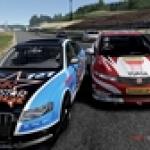 In the words of that show in robocop: 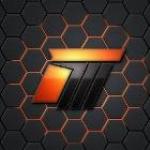 well one vote for hairy chest rwd stuff then, not sure which snoop preferred lol

I like both mate always favour the RWD stuff though

I will vote for the saloons.

Big manly cars seems to be winning this hands down lol, i will go away and concoct the regulations then

If you need anything give me a shout

Well snoop, you are the man for doing the spreadsheet for the championship

Well snoop, you are the man for doing the spreadsheet for the championship 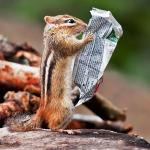 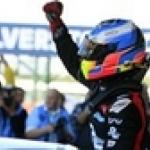