Hadn't heard of this OP feature, so did a little research. To be precise, Outbreak Prime does not have the Oracle Disruptor perk. What it has is The Corruption Spreads, which produces nanites that will do some extra damage on the oracles. Some of the commentary I read said that a high ROF/low impact auto rifle (e.g. Doctrine of Passing, Unbent Tree) has a faster time to kill on oracles.

Gonna try both out.

Apparently one key is to start damaging oracles as soon as they appear; the longer it is until damage is started, the more it will take to kill them.

I was somewhat successful with Unbent Tree. The down side can be a longer distraction period.

Forget Outbreak Prime.  Don't know what that guy was smoking but it took over 1 clip to take out an Oracle with no advantage with the nanites.  Maybe he liked it because it was fast firing.

Tried the Supercell and took slightly more than 1 clip.

Genesis Chain took 1 clip zoomed, a little more than 1 clip from the hip.

Sleeper Simulant - 1 shot as soon as spawns, 1 shot plus switch to primary if delay.  Zoomed or from the hip did not seem to make much difference.

Raze Lighter, one right trigger swing if immediately after spawn.  If delay, you get bounced all over the place and can't get a strike in.  I actually stood in front of the Oracle for 2 seconds and got bounced sideways -- weird.  Someone else with the checkpoint might want to try that one out.

Bolt Caster, one right trigger swing if immediate, 2 swings if delay -- no bouncing around.

Dark Drinker, one right trigger swing immediate or delay, but have to position oneself to not be carried off the edge.

Looks like there are some options -- Sleeper or Dark Drinker (carefully) best heavy, shotgun best special, and the most comfortable primary (with lots of ammo) for Oracle killers, remembering there are adds to deal with as well.

Sniper duty I think should include Icebreaker for the infinite ammo, a Scout or Pulse for primary for long range shots, and a good legendary HMG for help with Oracles/adds.

Maybe some more film study, and bugging those who have "gone before."  Definitely going to take some experimentation with a full fireteam, understanding what to use and the effect on ammo (e.g. if out of sword or sleeper, go shotgun).  In total, 15 right side (including R3 or hidden) and 13 left side Oracles have to be taken out.  Sniper duty members need to deal with 5 mids. -- and of course all the adds with Minatours being the toughest probably taking up special and heavy ammo.

I typically use dark drinker, and last night started using swordbreaker.  Swordbreaker was a 2 shot kill.

I would initially stick to special/heavy for Oracle duty, unless you are just putting in a few shots with primary to help. I was using the WotM fusion and it took 2-3 shots depending on the amount of time the Oracle was active.

Also, things will get easier once we get those VoG weapons with Oracle Disrupter, so that should help.

We made it through the Templar last night. We had to grind the challenge mode for a while, but finally found what worked for our group. All-in-all it was good to go back into the Vault and face some new challenges.

I plan to try out "Super Good Advice". Could be a real ammo saver.

Here are my test results. All attempts were from the start at Mid and going up the right side.

Suros Regime was the only primary I tested that killed a fresh Oracle with one clip. Might be able to that to a stale one too. The highest number of Oracles I could kill without missing one was 3. The focused rate of fire is slower to kill but uses fewer bullets.

I tested a ton of primaries. Max rate Automatics with a fast  reload are as good as most other options. I'm sure Atheon's Epilogue will be a welcome addition.

I think I'll stick with the SGA for now. Safer to use than the Exotic Swords, with which I could also get 4 kills but which were very twitchy as Achy found out.

Thanks for all the testing, Achy and Deep!  I think I'm gonna try Dark Drinker first next time. The time to kill is great, and I never got pulled over the edge once (saving that for when I'm playing with you guys, probably). SGA is an excellent alternative, and I'll have it on hand ready to go. 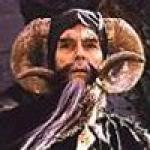 Yeah, I'm planning to try that out next time in. For those that have one, I have learned that it is now a very good PVP primary.

And fun, to boot.  Double-kills from thrall explosion are the best ...

Sorry guys. I'm closing this event. Closed in that my involvement in it is over.

Sorry about that. Maybe you can light the fire and keep it going.

I'm sticking with the easier raid experience until D2.

I'm more than a little peeved that Bungie locks away the very equipment I need to beat these difficult Raid settings inside the Raid itself. I hope they come up with a better loot system in D2.

I encourage others in the group to take some initiative and form a group if you are still interested in raiding. There are still a number of us that raid - almost on a nightly basis. Also, Duke runs a crucible night on Tuesdays that is fun.

We ended up just killing Atheon the normal way. Actually, the legendary versions of the weapons that drop from non-challenge completions are of more use since it frees up the exotic slot. The adept raid weapons are really only good for activities with burn modifiers.

Agree.  It took a little experimentation to get the right weapon mix at each encounter but for the most part the only "new" raid weapon I used was the legendary "Fang" as primary, because of ammo capacity and that was picked up in the Crota raid.  As Darth said, the exotic versions are only helpful for a particular burn.  Might not be a bad idea to set up an informal -- if you are available -- group to run 390 Crota a couple of times to pick up those legendary weapons.  Not worrying about the challenges makes the raid much more doable.  Ir Ut gets burned pretty quickly and Crota will go down in 2 or 3 iterations with the help of a weapons bubble.  I actually got comfortable running the sword.

I kinda enjoy the 390 Crota.  Take the WotM auto rifle with you, and the Abyss can be a lot of fun.  I have had that gun "singing" often with all the headshots from the thrall.  So many explosions :).  Ir Yut goes quickly if you don't worry about the challenge.  And Achy is a good sword runner.

We finally completed the Atheon challenge last Friday evening (my first). Someone needs a 6th, let me know.