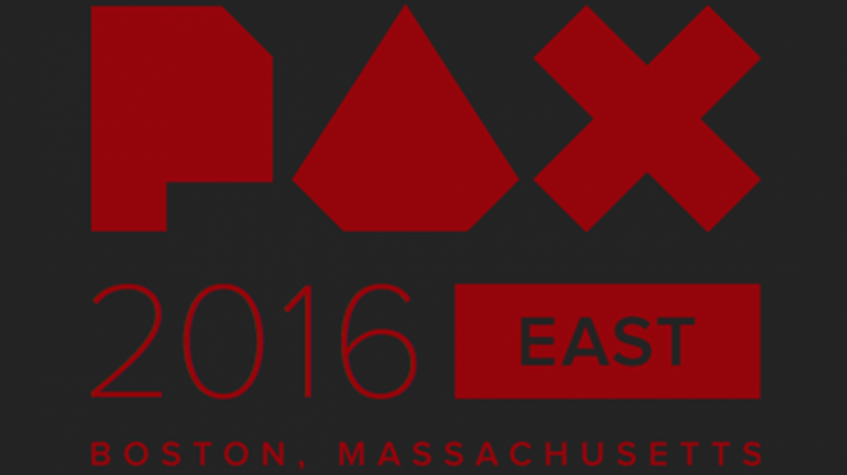 Saving the best for last and finally making it through my PAX East coverage! Point-and-click adventures are my favorite type of game and this year there was an abundance of them. The Indie Mega Booth was setup a bit like little islands and there was a whole cluster of adventure games altogether on the floor which I dubbed the “Adventure Archipelago.”

Murder is definitely a foot in adventure games this year as every one I checked out started off centering around dead people. Someone call Bruce Willis & Haley Joel Osment! I managed to make it out of the “Adventure Archipelago” alive though! And I got to meet some of the devs who made my all time favorite games as well as check out some new studios keeping the point- and-click adventure genre alive and well!

I got a press release for this one and started playing this “swamp noir” theatrical whodunnit a few weeks before PAX. Knee Deep is a three act episodic mystery set as a play being put on on a stage in front of a live audience. You play the game as three different characters (a blogger, private investigator, and reporter) to unravel the story behind a mysterious death.

When I first started playing I was a little wary that it was going to be too much like the style of newer Telltale games which I’m not a huge fan of. Their latest titles like Fables and Borderlands do still have great stories, art, and voice acting but they feel less like a  “game” and more like watching a cartoon where you have to hit a button every once in awhile. They tout being choice driven but the last few I played through I didn’t feel the choices changed the story or characters all that much.

With Knee Deep after an initial few minutes of skepticism that it wasn’t going to be a “game”, I was hooked on the story and drawn in. It is a lot of dialog choices and only a few puzzles but I felt like what I chose for each character formed their personality and shaped their fates. *I* was these characters instead of just a passive audience member which kept me invested as a player.

While at PAX the fine folks at Prologue Games gave me some eye tracking hardware that interfaces with the game so I plan to play through again and do a full review for 2old2play. Although spoiler alert I loved it, so if it sounds interesting just go pick it up!

This one was a “shutup and take my money” Kickstarter for me back in 2014. I’d be getting a new point-and-click adventure game from Ron Gilbert and Gay Winnick the minds behind some of my all time favorite games The Secret of Monkey Island and Maniac Mansion. In fact I didn’t realize till we went to have our picture taken at their booth, both my husband and I were “that guy” from the movie PCU as he had on a Maniac Mansion shirt and I have a Monkey Island case on my phone we took the photo with. #dorks

Mysteries are a popular theme in adventure games this year and this story also revolves around solving a murder in an 8-bit pixelated swamp. I skipped out on playing the demo because I knew I would just want to sit and play the whole game once I started. I’m looking forward to lots of puns and satirical humor making fun of detective shows. Between this game and the X-Files reboot all my favorite things from the 90s are making a comeback!

Speaking of the 90s...Kathy Rain is the first title from Swedish developer Clifftop games. It has both murder and 1990s nostalgia, our second theme this year in point-and-click adventures at PAX! I guess the 90s theme makes sense since the decade was the heyday for Sierra Online and LucasArts who made the best titles in the genre.

Kathy Rain is set in the US and you play as a college journalism student investigating the mysterious life and death of your estranged grandfather.  The game has mature themes and a story I’ve seen other reviewers describe as being emotionally difficult at times. I’ve played through a few hours since PAX and it's interesting but kind of slow going to start. The game has some great voice acting that you may recognize from Wadjeteye games as that studio helped with the voice direction.

Speaking of Wadjet Eye Games...They didn’t have a booth at PAX but I caught up with studio founder Dave Gilbert in the press room to get a preview of the new title he’s working on Unavowed.

Wadjeteye is a prolific studio making and producing some great games but the collective ire of the internetz often complain their graphics look dated. Well complain no more faceless masses! This is the title where they’re finally getting an update!  Improvements to the game engine are coming including doubling the graphics resolution.  Another new feature planned is having mouse overs give descriptions of objects instead of having the pixel hunting and extra clicking that many adventure games use to explore what’s in the room around you.

Unavowed isn’t “officially” announced yet but the studio had been working on the game for about 6 months and Gilbert had a slick working preview running on his laptop which gave me a good flavor of characters and where the game is headed. This is the first title in a few years he’s working directly on rather than helping to publish and produce. Its set in New York and if you are a fan of their Blackwell series you’ll definitely recognize some characters, locations, and themes. It has similar supernatural elements to the series as well but won't be a direct Blackwell successor.

This game will add in some new RPG-like elements where you can select the character you play as and decide their origin story. You can select a male or female protagonist and chose from five companions as the story unfolds. Gilbert likened it to Bioware games and I had to confess I’ve never actually played one. I somehow missed out on Baldur’s Gate and I refuse to play any of the Mass Effect games on general principle that I was subjected to the same annoying 10 minute trailer 3 times during a 90 minute movie theater sneak preview so I vowed I’d never buy the game.  I’m still not over it 11 years later despite many friends telling me how awesome the game is so let that be a lesson to marketing teams! :p

Anyway back to Unavowed! The setup for the game is you were possessed by a demon and wreaked havoc on New York city for about six months until the Unavowed society helped free you from the evil. Now you’ve got to figure out how to pick back up your life, live with what you’ve done, and understand if the Unavowed society is friend or foe.  Looking forward to checking this one out when it arrives! Hopefully sometime in 2017.

We’ve got ourselves another murder mystery adventure game here. This episodic title was was successfully Kickstarted for Episode One which is due out by the end of 2016.  At PAX I sat down to check out the hands on demo and it was a lot of fun. The story is a coming of age tale with hand drawn art where you’d do a lot of exploring and snooping. You play as Jenny LeClue investigating a murder where your own mother is the prime suspect. Your choices and the relationships you build will affect the outcome of the story across episodes. I think this one is safe from the Telltale trap as well since the demo did have a lot of snooping around and objective finding to solve puzzles. Hopefully it will to be a good mix of game and choice.