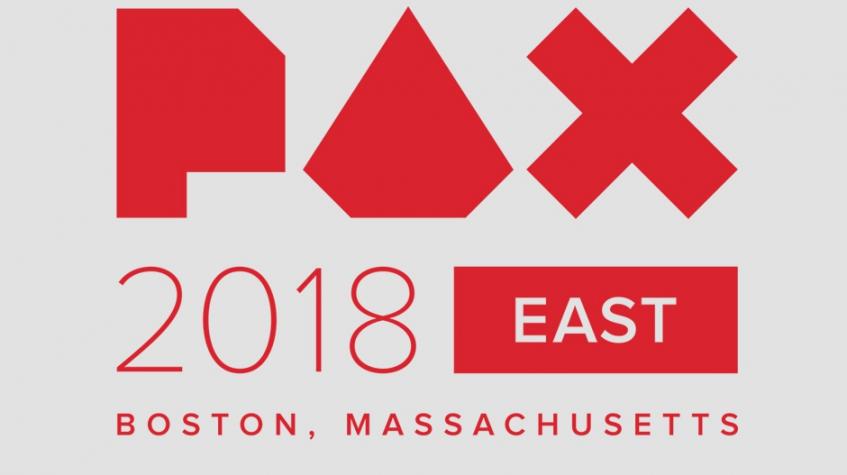 Panels are my favorite part of PAX and I checked out a bunch this year. The keynote and hearing from the Penny Arcade creators are always staples for me since I’m old and like tradition. This year also had some interesting stuff on mental health and secrets in games. And they saved the best for last with the brothers Chaps and Strongbad himself! Most of these were archived on Twitch so I’ve included links so you can check them out yourself.

I apparently live under an indie gaming rock because I’d never even heard of PUBG till they announced the PAX East keynote speaker. Years past have also had speakers I’d never heard of that shared interesting tales so I was undaunted and figured I’d learn something new.

This time not so much. I mean I’m sure Brendan Greene is a cool guy. He basically created the online battle-royale genre and he only recently came into game development from photography and art careers after getting hooked on modding ArmA and DayZ. He’s got great enthusiasm for the game, his fans/community, and his dev team. Seemed like all the ingredients for a great story time. But somehow the story just felt boring and I found myself frequently checking my watch and  frantically racking my brain for what else I should pick to write about this year since I usually give the keynote its own article.

He did confirm his team is working on how to bring eSports into the mix in the near future. He also talked about them being a small studio that’s rapidly grown across continents and how to manage that. They’re using agile development so maybe I can write PAX off as “work” training instead of vacation days! :) Nerd alert I would have found it more interesting to hear an hour long talk about how they manage their development planning and retrospectives. Or maybe even interesting stories about his art life before gaming. I guess at least now I do know what PUBG is and you can all get off my lawn.

You can watch the keynote here for yourself and see if you find it more interesting than I did https://www.twitch.tv/videos/246921570

The crowd got lots of Mike and Jerry time since there were 2 Q&As as well as a Make-a-Strip. For those of you not familiar with Penny Arcade, Jerry Holkins and Mike Krahulik (AKA Jonathan “Gabe” Gabriel & Tycho Brahe) are the creative forces behind the Penny Arcade comic, the Child’s Play charity, and PAX conventions. They launched the comic in 1998 and the first PAX was held in Seattle in 2004.  PAX East started in 2010.

A PAX staple panel is the two of them answering audience questions and drawing the comic they’ll post shortly after the convention. They used to take live questions from the audience but instead switched to pre-screened queries in envelopes so folks don’t get up to the mic and tell their life stories. This year’s questions were set up on a giant amazing pirate ship with red envelopes from folks at PAX and black envelopes featuring tough questions.

It’s always fun listening to life long friends discuss their creative process. One of my favorite moments was when Jerry described his definition of success as being able to do something he loved, pay his rent, and give people jobs they don’t hate. Sounds like a great definition to me!

Deadmau5 was at PAX this year in the Microsoft booth and apparently took over the green room so the running joke was no one could go in there because of dead mice. Being PAX famous, not real famous was also a recurring theme.

This was the first year at PAX East none of PA panels were full. It was interesting to hear Mike & Jerry’s take on how the convention is evolving and that there are many folks there who don't know who they are.  My favorite example of that was the guy cosplaying as PBS artist Bob Ross who asked Mike to draw on his easel but had no idea who Mike was.

We’re All Frauds!-Succeeding Through Self-Doubt

A common theme in PAX panels over the years is mental health both in the game player and developer communities. TakeThis.org is a non-profit that seeks to educate people and reduce the stigma around mental illness.  They sponsor a safe space staffed with mental health care practitioners at conventions like PAX to help folks who need a quiet comfortable place for a bit, away from the chaos.

This panel was hosted by the clinical director of Take This Raffael Boccamazzo, who was an excellent moderator adding humor and credentials to the discussion. He had great back and forth challenging his panelists with interesting follow up questions getting them to share more and ensure sure folks understood each other.

The focus was on people working in the gaming industry and how no matter how much success they have, the self doubt that still creeps in. They talked about imposter syndrome and what’s the difference between healthy self-doubt and something that’s truly getting in your way. It was interesting to hear everyone share all their different experiences and what’s helped them in their lives. Each of the panelists struggled with similar doubts but had very different remedies for things that help them through. For instance one person said support from friends helped them where as another said she could only find validation within herself. Kudos to all the panelists for sharing their stories. This one wasn’t in a theater streamed on Twitch so unfortunately there’s no video.

Also it was great to see Jason Voorhees at this panel finally doing something about his mental health issues! :P

Creators' Secrets in Games, or How to Unlock Ermac in Super Mario 2 using the Sega 32X

This excellent panel was hosted by Will Brierly the creator of Soda Drinker Pro. Panelists included Eric Malafeew from VirZoom, Ichiro Lambe from Dejobaan, Carl Adams representing coin-op secrets, and Jonathan Holmes from Nintendo Force. Each were willing to share some known and unknown video game secrets and easter eggs. They were also slinging a whole lot of BS so you never quite knew which item might be true. Overall a super fun panel that maybe taught the crowd a thing or two about fake news and critical thinking. I am most hopeful hidden monkeys in every Harmonix game since 2001 is a real thing!

You can check out the secrets for yourself here! https://www.twitch.tv/videos/247004229

Also my own secret, in the video when they call out 3 people for walking in late that was totally me and my friends! :p

I was a late blooming Homestar Runner fan and didn’t really watch it earnest until after playing one of my all time favorite Point-and-click adventure games Strong Bad's Cool Game for Attractive People. If you aren’t familiar with Homestar Runner it was a popular web cartoon launched in 2000 created by brothers Matt and Mike Chapman and friends. It had flash animation and included a lot of self parody, pop culture references, and awesome voice acting. They also had some browser video games and started their own Atari parody line Videlectrix with titles like Strongbad’s RhinoFeeder, and Secret Collect.

I was super psyched to see the Brothers Chaps on the panel schedule as well as the Trodgor board game in the Kickstarter room. I can’t wait to burninate miniature peasants! There will a Kickstarter launching hopefully this summer and the game was playable at PAX complete with Matt dressed like a peasant using the Strongbad puppet to tell players the rules.

At the panel Matt and Mike Chapman gave the crowd a fun overview of the games they grew up playing and treated us to some DIY Wario wear levels they made featuring our favorite flash friends.

My favorite panel and through the magic of Twitch you can catch it here: