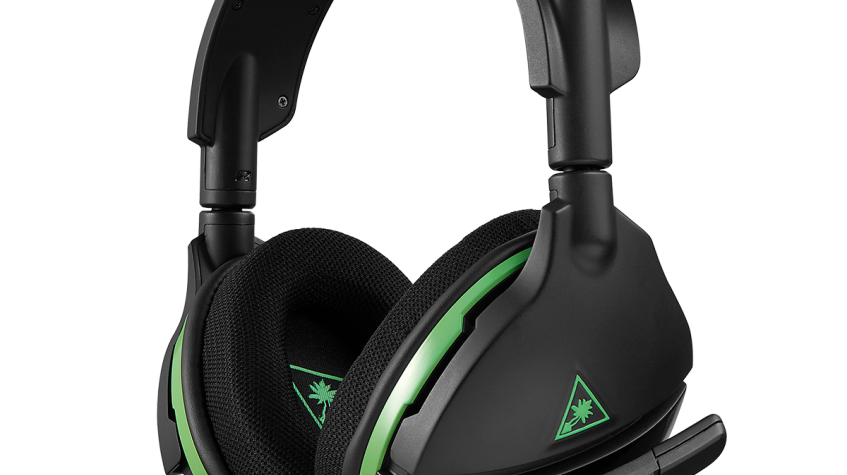 I love headphones. I have too many pairs as I am always trying to find something that suits my needs that is more comfortable or has more features than my current set. Sometimes I replace them when they break but often something about the current pair starts to bug me and I go on another hunt. I don’t want to set the expectation that I am buying a pair of Beats or Bose each time. The truth is I go for as cost effective as I can without sacrificing good sound. This was the predicament I was in when my wired set of headphones I used for gaming upstairs starting acting weird. The mic was cutting in and out, I was getting static and it was all due to the cord that I kept somehow tangling myself in or getting caught on something. I decided enough was enough and I started the hunt for a wireless set. I checked amazon, AliExpress, EB Games, BestBuy, along with some local computer part stores and I quickly realized that if I wanted a decent wireless set I wasn’t going to find them for cheap. My hopes and dreams of true wireless gaming started crumbling.

One morning, as I am using the earbuds that came with my phone, I realized I had one last place to check…AirMiles.ca. As an FYI, AirMiles is a Canadian site that offers rewards such as flights and merchandise for using their cards. Mrs-Soup and I have been saving for a while and I knew they had games, gaming devices and peripherals so I figured it couldn’t hurt to look.

I will admit there wasn’t a huge selection, but if you don’t count the money we spent collecting the points the headset was going to be “free”. The Turtle Beach Stealth 600’s seemed to fit my basic requirements and with features such as fold up mic, separate voice and game volumes and what TutleBeach calls Superhuman hearing, the headset definitely piqued my interest and into my cart they went!

Fast forward two weeks and at my door I found a new shiny pair of Turtle Beach 600 wireless headphones.

I took them out of the box and even though I knew what was about to come, one of the major drawbacks of wireless headphones is you have to charge them first. I sighed, plugged them in with a micro USB cable and left them to charge overnight. Luckily that was a Friday as the next morning, I plugged them into my laptop and updated the firmware and I was ready to go! I was given the option of connecting the Stealth 600’s to my laptop via Bluetooth but these were for couch gaming so I decelined the offer. Off I went to the living room where I easily paired them to my Xbox One X and I started to play.

My buddy TitaniumNuts hopped on and we played some Destiny 2 and I started to notice something unusual happening. I will get to that later, but we played for a couple hours that day and the day after and the next weekend the same thing. Fast forward around a month, and I realized that even though I had played for 4-6 hours a week I had still not plugged the headset in to recharge it! That shocked me and I had to check the box and was surprised it states that the battery life is around 15 hours. I didn’t keep a stopwatch or timer but I am convinced I am getting more than that. I also started to reflect on my time with the Stealth 600’s and at no point did the earcups get hot, at no point were my ears covered in sweat, the mic was always clear, the audio was crisp, the Stealth 600’s never felt heavy on my head and I thought to myself “Wow! These are actually pretty sweet!”.  A self high five ensued. I have now used the Stealth 600 headphones for many a game in the past 5 months I have owned them. Whether it is Gears 5, Halo Reach, Borderlands 3, The Outer Worlds, etc., all have been fantastic! That being said, there is one game where I continue to notice an anomaly in the audio. That game is Destiny 2. I don’t know about you, but Destiny 2 is the only game I have that on a semi routine basis will kick me out because it lost connection to the internet. Single player or multiplayer the game doesn’t have a preference and every time I play there is a 50/50 chance I will get kicked back to the main screen with an error. No other online or single player game does this to me on this kind of basis. Before you say it’s my Xbox, it has done the same thing on three different consoles connected wired or wirelessly. I bring this up because when I have the headphones on Game audio is fine but the music seems to randomly slow down. It sounds like someone taking an old 45rpm record and accidentally turning it down to 33-1/3 before realizing and turning it back up again.  I tried playing with the “Super Hearing” button and that didn’t fix it. I tried updating the firmware but no updates were available. I even tried changing from the great Windows Sonic for Headphones to the amazing Dolby Atmos for Headphones. While the Dolby sounds absolutely fantastic, the music in Destiny 2 still plays back slowly from time to time. I am going to chalk this oddity up to Destiny 2 rather than the Stealth 600’s because I do not notice that same slowing down of the audio in any other game.

I do have a couple other issues with the Stealth 600’s but they are minor and generally my doing more than the headphones. There are separate dials on the left ear cup for chat and game audio which are great but for some reason when I take the headphones off I unwittingly spin one or both of the dials down and then when I go back to put them on either the chat is turned down or the volume. If the dials were setup with a bit of a ratchet to provide some resistance, then I likely wouldn’t have this issue. One could argue that if I stopped grabbing the ear cups so high up I probably wouldn't have the issue either! One would be correct.

The other concern of mine is the fold up mic. Folding the mic up mutes the mic immediately. Sounds like a great feature right? Well, when Mrs. Soup comes down in the morning and wants to chat for a minute I need to mute which means not only taking my hand off the controller but taking the time to grab the mic and fold it back. The mic ratchets up and out of the way so when folded back it stays put which is great. However, that means it takes a little effort to move it back and you can’t just quickly flip it up. If there was just a button on the edge of the mic you could quickly tap to mute then that would make it a quicker transition.

I make it sound like my characters life depends on my ability to mute quickly or not. In truth, yes it does, but at no time does my life or death truly have any consequence on what I am playing. In other words, if you are playing with me and I am on the top of the leaderboards, everyone else is having a really shitty day.

I had some aspirations that the Superhuman Hearing feature would bring my level of playing up from fodder to at least mediocre but the older I get the longer it seems to take my brain to register what I am actually hearing. While I definitely noticed a difference, sadly my old ass reflexes just can’t capitalize on it. I am sure many of you could and when paired with the aforementioned Dolby Atmos app you could be near unstoppable! ***

The Turtle Beach Stealth 600 Wireless headset is hands down the best gaming headset I have ever owned. The comfort, the features, the separate volume controls are all excellent. If you are in the market for a new pair, as I write this they are listed on the Turtle Beach site for $90 USD for White or Black or save yourself $20 and get the refurbished set. You won’t be disappointed…unless you still play a lot of Destiny 2.