The RPGs of Summer 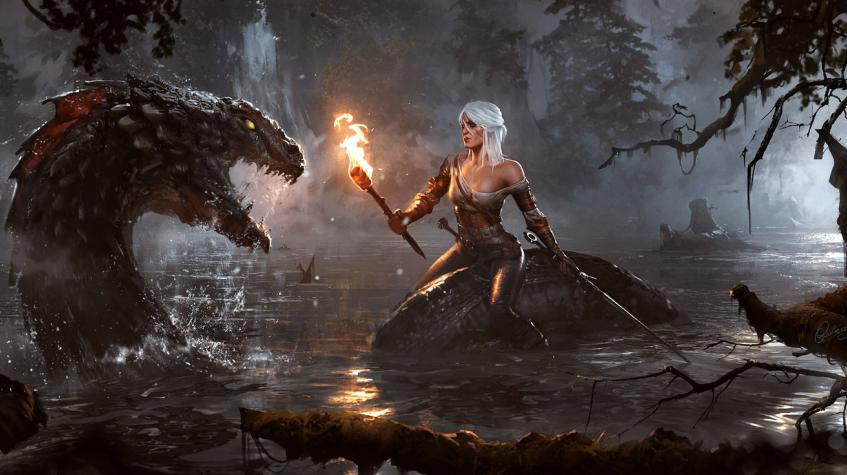 The same thing happens every summer: we get a little burst of activity from devs and publishers around E3, and then nothing but vapor until the holidays start to roll. This leaves a vast amount of playtime to fill between July and November. Now, there are other things to do during the summer months, but they involve children, skin cancer, and possibly being eaten by sharks or killed by Portuguese Man-of-War (Men-of-War? How do you pluralize that?) Whatever, the other option is playing a long series of short games in the air-conditioned darkness of the den or basement, but that’s going to kill your wallet. What we need is a good, long RPG to sink hundreds, or even thousands, of hours into until it’s time to come up for air and a bit of Christmas shopping. I have four such games guaranteed to monopolize your down time until Halloween, or beyond.

Developed by Bioware and published by EA, Dragon Age Inquisition hit consoles back in November. This third installment finds Thedas in peril. Breaches have opened up all over the continent, allowing horrors to pour out and wreak havoc. Additionally, Thedas is experiencing a civil war of sorts: the fighters are in open conflict with mages, especially elven mages. As the game opens, our protagonist has been blamed for the death of a deity, but is ultimately seen as a savior/chosen one type after closing the largest breach with the glowing hand of salvation.

Bioware doesn’t do the lone wolf thing, so the player is able to pick and choose companions for whatever the task ahead may be. These characters can be traded out at any campsite. Your companions all have very different personalities, and those personalities can either clash or mesh in a party, causing banter between allies to vary from admiration to humor or downright iciness.

Dragon Age Inquisition really plays up the chosen one angle in this game, eventually naming the protag “Inquisitor.” Just like everyone in space knows who Commander Shepard is, everyone on Thedas knows, and probably loves, the Inquisitor. Tack on a seemingly invincible adversary that would require uniting all the various groups on the planet working together to defeat and you’ve got Mass Effect Thedas: Inquisitor Edition.

Neverwinter, although technically an action MMORPG, carries the Wizards of the Coast seal of approval. A lich, at least I think she’s a lich, has afflicted the good folks of Neverwinter with undead and spellplague from all directions, and adversaries of goodness have taken advantage of the situation to implement their own designs of ruination. In other words, the Sword Coast has gone to shit.

The player controls a single character, but can team up with friends to attack dungeons and siege events, which is the best way to gain rare loot. Although a long way from the turn-based, tabletop version of Dungeons and Dragons that TSR and Gary Gygax gave us, it feels and plays like a genuine D&D game.

The combo of free game and massively multiplayer really cranks the troll factor up to ten in Neverwinter and you will encounter jackasses on nearly every single environment. You’ll have more fun if you don’t take the game too seriously or within the confines of a group of friends.

Cons: Repetitive as hell, being trolled by other players, pay to win.

CD Projekt Red delivered on the third installment in their Witcher series in a big way. Witcher 3 is expansive, beautifully rendered, and fairly original. Players step into the role of Geralt of Rivea: professional monster hunter, ladykiller, magician, and social pariah. Geralt’s presence in the world is seen as sort of a necessary evil. Fortunately, Geralt’s specialty is a necessity that folks are willing to pay for.

As the game opens a former protege of Gerault is being hunted by a supernatural band of scorched-earth types called The Wild Hunt, and the majority of the campaign is spent trying to stay ahead of the hunt. Aside from the main story, Gerault also plays monster hunter, detective, executioner, and bringer of justice. These side quests are quite good and don’t have that tacked-on feeling of filler content.

Although more user-friendly than its predecessors, Witcher 3 has a clunky combat system and Geralt does not heal on his own without using potions, which makes battling beasties that much more difficult.. The third person perspective was also a bit of a downer.

Maybe it’s just coincidence that Bethesda’s big bad MMORPG hit consoles the week before E3, or maybe it’s another genius idea from the dev than can do no wrong. After seeing their E3 press conference I wanted to play a new Bethesda game immediately, and TESO was waiting for me when I got home.

The console version of Bethesda’s MMORPG has enjoyed a better initial reception than the PC subscription model that preceded it. There is no subscription fee for playing on consoles, hence the Tamriel Unlimited monicker.

Players must choose one of three alliances during character creation. This choice will carry over to the alliance wars portion of the game, where the three alliances engage in a three-way battle for real estate in Tamriel’s capital. The rest of the game is an expansive single player or group adventure, depending on player preference, in the same theme of the most recent Elder Scrolls games. The map encompasses many parts of Skyrim, Tamriel, and Morrowind, making it a boon of nostalgia for Elder Scrolls veterans.

Cons: Buggy as a Florida swamp in June, quest retreads from previous games.