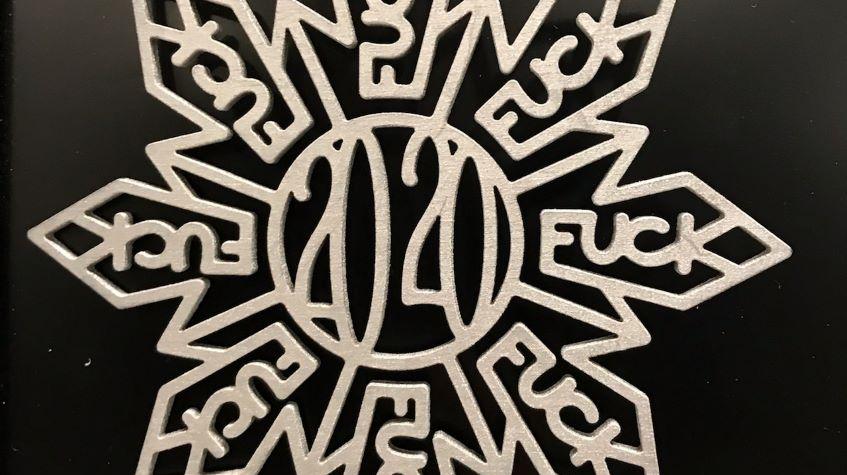 Happy 2021 all! While we can all wish that as of today all the issues we faced in 2020 magically just disappeared, that's not the reality. We have another few months to slog through, maybe even half a year before the world starts getting back to "normal" I don't know what "normal" will look at that point but I am willing to bet it will be a hybrid of now and a year ago. What I know won't change is our love for video games!

Our hobby, our passion, has helped us survive. We were born for staying indoors glued to a screen just like we did 35 years ago when the NES released and you or someone you knew had it, and all we did was play Super Marion Bros. and Duck Hunt all day! Thirty-five years! The minimum age for 2O2P membership is 25 years. That means that some of you never experienced that life changing event. I went through a few with the Atari 2600, my first PC (IBM clone), my first Apple PC (Apple II) but the NES was a watershed moment. It brought near arcade quality games to the living room. Twenty Five years ago we had the first Playstation as well as Sega Saturn. Nintendo actually discontinued production of the NES in 1995. A ten year run for a console is crazy to think about nowadays. Why am I babbling around this history lesson? Mainly because like those moments that changed our lives in some way, 2020 will do the same. We couldn't imagine then what we have now and when we look back on 2020 years from now we can say "Yeah, 2020 sucked donkey nutz, but you know I had a great time playing some awesome video games!"

Let's dig into what the staff had to say.

Most of the video games I played in 2020 were older point-and-click adventures or hidden objects.  Did sneak in a few that debuted in this insane year as my candidates for game of the year:

I haven’t been a huge fan of any of the other Paper Mario titles so I fully expected to ignore this one and only see the occasional cute things and bad jokes my husband paused to show me.  Instead I was hooked from the loading screen because there were SO many cute things and terrible puns!

The internetz hated the battle ring system where you had to line up enemies on sliding discs and I totally agree with the angry mob on that bit. I did like getting the toads to cheer you on to help with battles mechanics though. It’s like you were paying them to be your fans like social media influencers.

Everything else was great, especially the story. It was an epic tale of sibling betrayal where Mario and Koopa’s forces had to team up to save the world.  I loved seeing Bowser and Mario teaming up to fight a common foe.

The side quests were great too. After finishing the game we went back to find all the Toads and hidden items we missed to hear the jokes and see all the cool scenery. Highly recommend checking this one out!

Beyond a Steel Sky

I was a big fan of the original point-and-click adventure Beneath a Steel Sky that came out in 1994 so I was anxiously awaiting this title assuming it would be my game of the year. The original really fit into the writers’ vision of “finding the middle ground between Sierra’s earnestness and Lucas’ slapstick” and I was really hoping for more of that.

The story picks up ten years after the first game with Robert Foster returning to Union City from The Gap (the area in the game, not product placement for the clothing store).  The general premise of the story is intriguing:  What would happen if an AI tried to carry out its prime directive to make humans “happy.” There’s some interesting takes on how people and systems adapt; I like thought provoking in my adventure games!

If this hadn’t been a sequel to a game I loved I’d probably cut it more slack. It wasn’t a bad game but at times it felt tedious as the hacking puzzle mechanic got repetitive and extra annoying when you had to wait for the right drone to fly by to be in range to hack.  And the story I got what they were trying to do, but too many of the characters were annoying caricatures and didn’t pull you in.  Worth checking out if you liked the original or point and clicks but definitely my NOT game of the year

This barely counts as 2020 game since Sony pulled it for all the quality issues. We’re playing on our newly quarantine built PC via Good Old Games (which owns CD Projekt Red) so it's been pretty stable other than some weird floating objects and a few glitches in mission resets.

Full disclosure I expected to hate this game because I’m in the minority of people who hated The Witcher 3. And the first 7 or so hours I was hater.  The beginning missions are so noisy between inane chatter of the citizens, traffic, and street noise.  I’m a fan of industrial music but everything in the soundtrack so far feels like something I *should* like but don’t. The music for bad guys arriving was overly anxiety inducing to the point where we almost muted all music. I found the voice and the personality of side-kick character Jackie Welles really grating as well.  And my real killer in those 7 hours to get to the opening credits I also didn’t feel like there was much of a story, just mission after mission...

But I told myself I had to at least hold out till Keanu Reeves’ character shows up so we ploughed through. So far another 7 or so hours in I don’t regret the decision. The environments have a lot less annoying ambient noise and at least the current mission story is much more interesting that anything that came before. And I read there’s a song by HEALTH in there somewhere and I love that band! In a nice change you aren’t doing all the side missions for the corpo and gangsta dues of Night City, almost all of the side and main quests so far are for the ladies of this dystopian world.

So overall verdict definitely not my game of the year but it's not as bad as the internetz are making it out to be.

Coffee
Wait, what year is it? All I have been playing is Borderlands 3 and maybe a little MCC over the last week or so. I have an addiction, I need help and a new game to play...please....

Tiffany
Assassin’s Creed Valhalla, because it’s literally the only game I felt like was worth spending money on this shitty year. Hang in there!
Derek
.........(Go Pats!)

Like Coffee, most of my gaming was spent playing an older title. This one released in 2017. Destiny 2 had the lions share of my playtime this year. Especially in the last two weeks where I was baking everyone and their dog cookies in that damn game! However, while the Beyond Light expansion is actually pretty decent, it is an expansion and for me that doesn't count. I had to look back and see what I actually played this year...and liked. It came down to two titles so I am going to create categories so I can choose them both instead of trying to make a difficult decision.

Carrion
Carrion is so much damn fun to play. You are a blob of possibly alien goo who has been experimented on for some time. You break free and are out for revenge! Simple premise but the gameplay of ripping hapless scientists apart and using them or their body parts as weapons against security forces, or mind controlling those same security forces to turn on each other while you slink your blob of bloody goo around solving puzzles on multiple levels and maps put a wicked smile on my face!
Depositing your gooness to get through different tasks and then going back to pick it up, the flashback sequences, the screams...oh how I loved the screams. Made me laugh inside every....single...time! You may be thinking to yourself, "When did Chunky become a psychopath?!?!" I am pretty sure I am not, I can't stand watching animals or people get hurt and I fall apart when I step on the damn cat as he runs under my foot but Carrion was just that much fun to play! 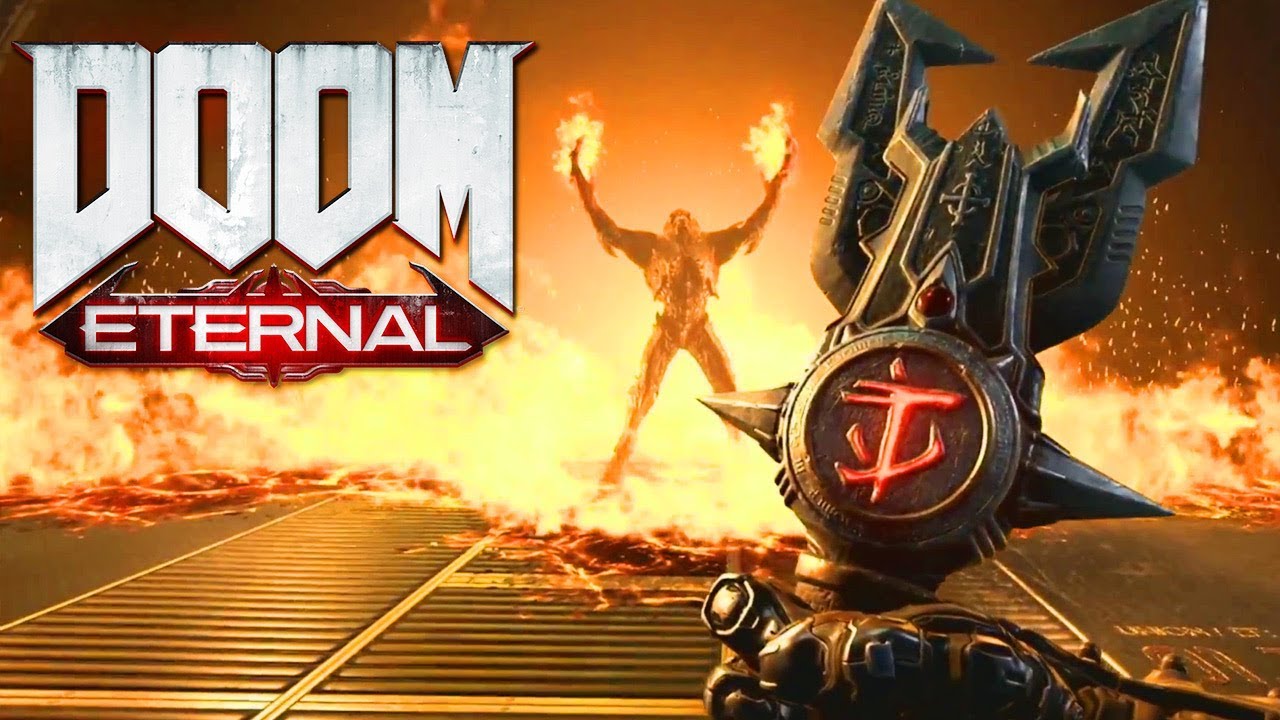 Doom Eternal
I was going to call this category, Best AAA Game but I played others that were not triple A and not indie so I am going with Best Non Indie Game for this category. Don't like it? Then come write for us or shutup!
Another milestone in my gaming "career" was getting the first shareware version of Doom up and running on my PC. HOLY SHIT!!! Doom OG blew our minds back then! Doom II comes along, more of the same awesome sauce. years later, 2004, Doom 3 releases with amazing visuals...but not much else. To be honest, it put a bad taste in my mouth. Too monster in the closet-y for my taste. 12 years later Doom (2016) releases and OMFG I had a ton of fun with that game! Skip ahead 4 years and Doom Eternal drops...and so did my ego.
Holy funky ducks that game is hard! I died in the first 2 minutes and had to not just restart but I had to delete my game save and start all over. I got a couple hours into it and I got stuck in this pit section. Days I spent trying to beat that level and I finally turned down the difficulty. Only one notch but basically I went from 2 to 1. Even playing on Don't hurt me, those demon bastards hurt me...a lot! Then all of a sudden there were jumping puzzles. I hate jumping puzzles, at the time when I was playing Doom Eternal I was cursing the living shit out of those jumping puzzles. "What the F!??! Who put jumping puzzles in my Doom?!?!!?". "Another f=ing jumping section!?!? Gawdammit!!!"
When I managed to finish the puzzle, and before I would wipe my hands and the controller down, I literally would stand up and cheer in excitement. If a game can piss me off with puzzles and difficulty but make it so god damn satisfying to beat then that my friends is game of the year for me! Doom Eternal was a blast to play and the only reason I don't play it more is because of those damn cookies in D2 that I still have to deliver all over the damn solar system!
Game of the Year