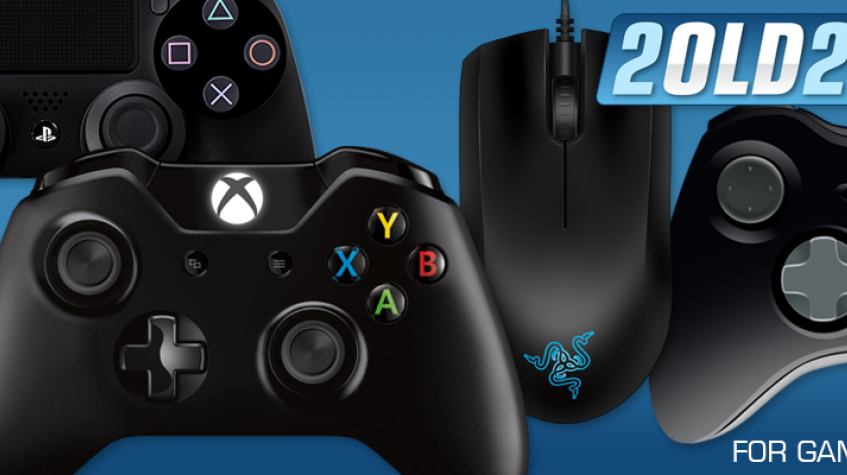 2015 was an unremarkable year for blockbuster video games. We sent SarcasmoJones and ChunkySoup to E3 and they saw lots of promising titles but almost none of them actually shipped. When the writing staff went to give our Game of the Year nominations we all had to use google and check our gamer profiles to figure out what the heck even came out in the last twelve months. 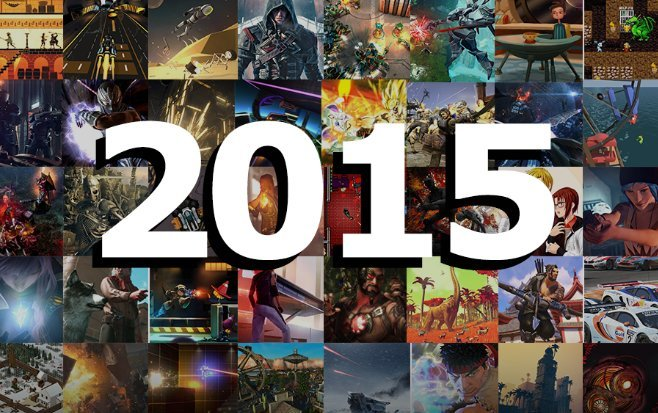 While there wasn’t a lot of fighting or whittling down our lists like in previous years we were able to cobble together a few nominations.

Our list of options was fairly short this year.  Rise of Tomb Raider got an honorable mention but none of us actually played it and just watched our spouses or friends for a bit.  The  list really only had 3 bubble up for contention.

Being the resident childless writer who likes games for children, I was the only one with this on my list. I thought it was a solid candidate and enjoyed it a lot more than I expected.  It even got me to break down and buy some Amibios!

I go back and forth on whether it really meets my definition of a game but it did make me nostalgic for my childhood Nintendo years and I had a lot of fun with it.  I learned that even with really easy GUI tools it's really hard to design a fun level.  And also that making really hard levels and then seeing where people die is almost as satisfying as making something fun to play. 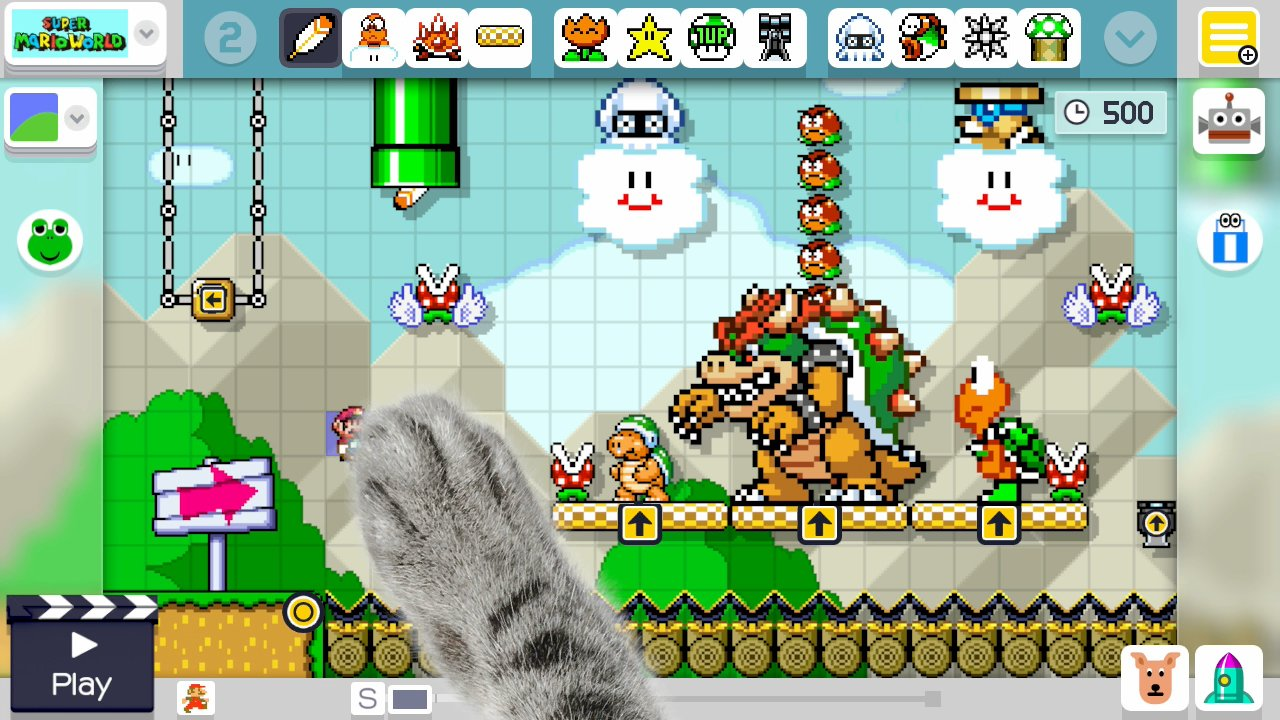 Nintendo is finally getting better with introducing a sense of community and interaction with other players.  Its not multiplayer per say but you vote on levels to get highlighted in the game for players to discover. They also highlight celebrity created levels which is kinda fun. I’m a huge Nine Inch Nails fan so I totally nerded out playing the levels their creative director Rob Sheridan created.  It was also fun winning virtual prizes for playing levels created by youtube celebrities I’ve never heard of so I could pretend I was still down with whatever the kids think is cool these days!

Bethesda’s latest made the list for both Jones and I. It was one of the big AAA titles that did actually make it out of E3 this year. 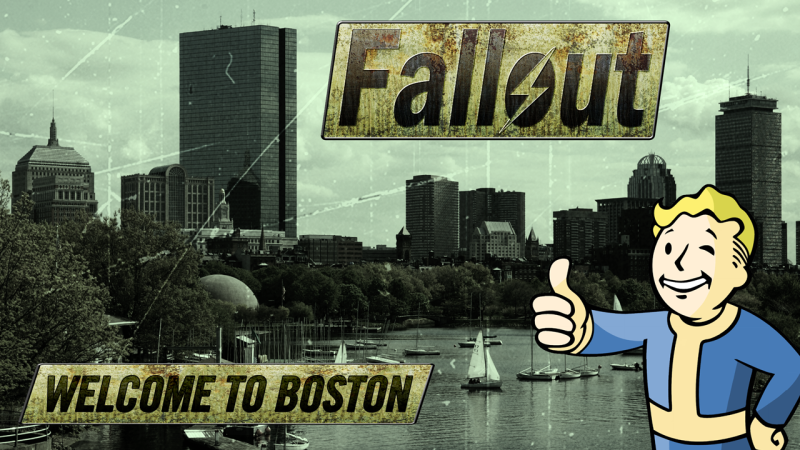 Bethesda removed the level cap, updated the leveling system, added some new, and some familiar, companions that were actually fun to run around with, and added a comprehensive crafting system and the ability to build and upgrade bases. It’s big, it’s glitchy, but it’s fun as hell and solidifies Bethesda’s claim as King of the action/RPGs.

This definitely racked up the most hours in my house even though it came out late in the year. I actually didn’t play personally and was basically a “Fallout widow” but to avoid widowhood I watched a lot and was thoroughly impressed with their portrayal of post-apocalyptic Boston. The visuals are stunning and it really looked like a wicked authentic alternative universe Massachusetts.  They even have our accents down, though I feel like they are rubbing it in a bit. I swear every settlement we walk into a bah-bah comes up and asksto give you a hair cut…

My husband was skeptical of the settlement mechanic before the game came out but found he spent way more time creating and maintaining them than he expected.  He enjoyed it a lot more once he figured out that you should take the batteries out of your spare power armor so your jerk settlers don't run off and leave it abandoned in the woods. It’s amazing that it's just as interesting to collect virtual junk and display it in your house as it is in real life.  His main settlement is full of monkeys just like our actual house! 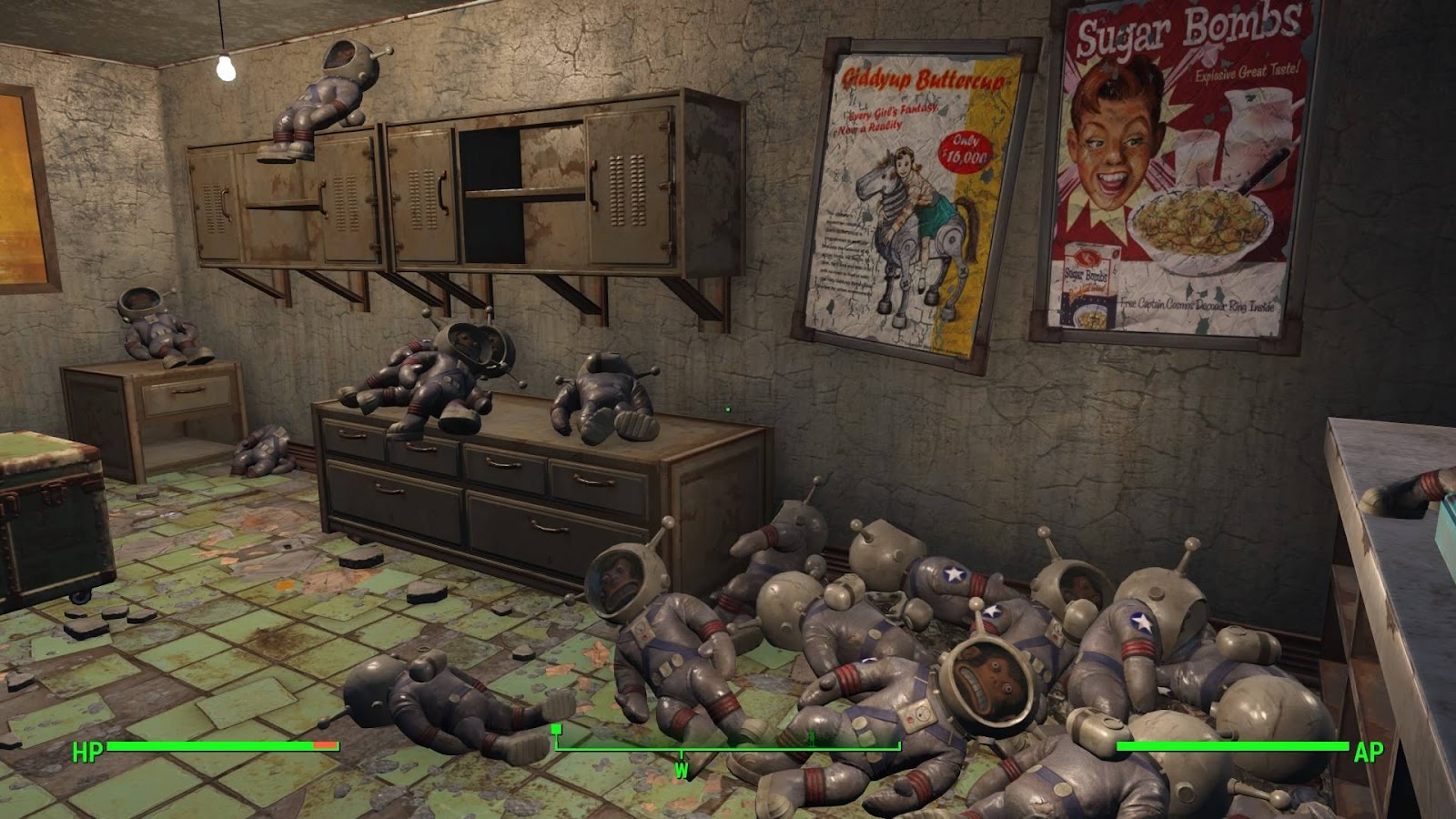 Both Jones and Chunky had this one on their list.  It was nice to see an old 2old2play favorite get a decent update: 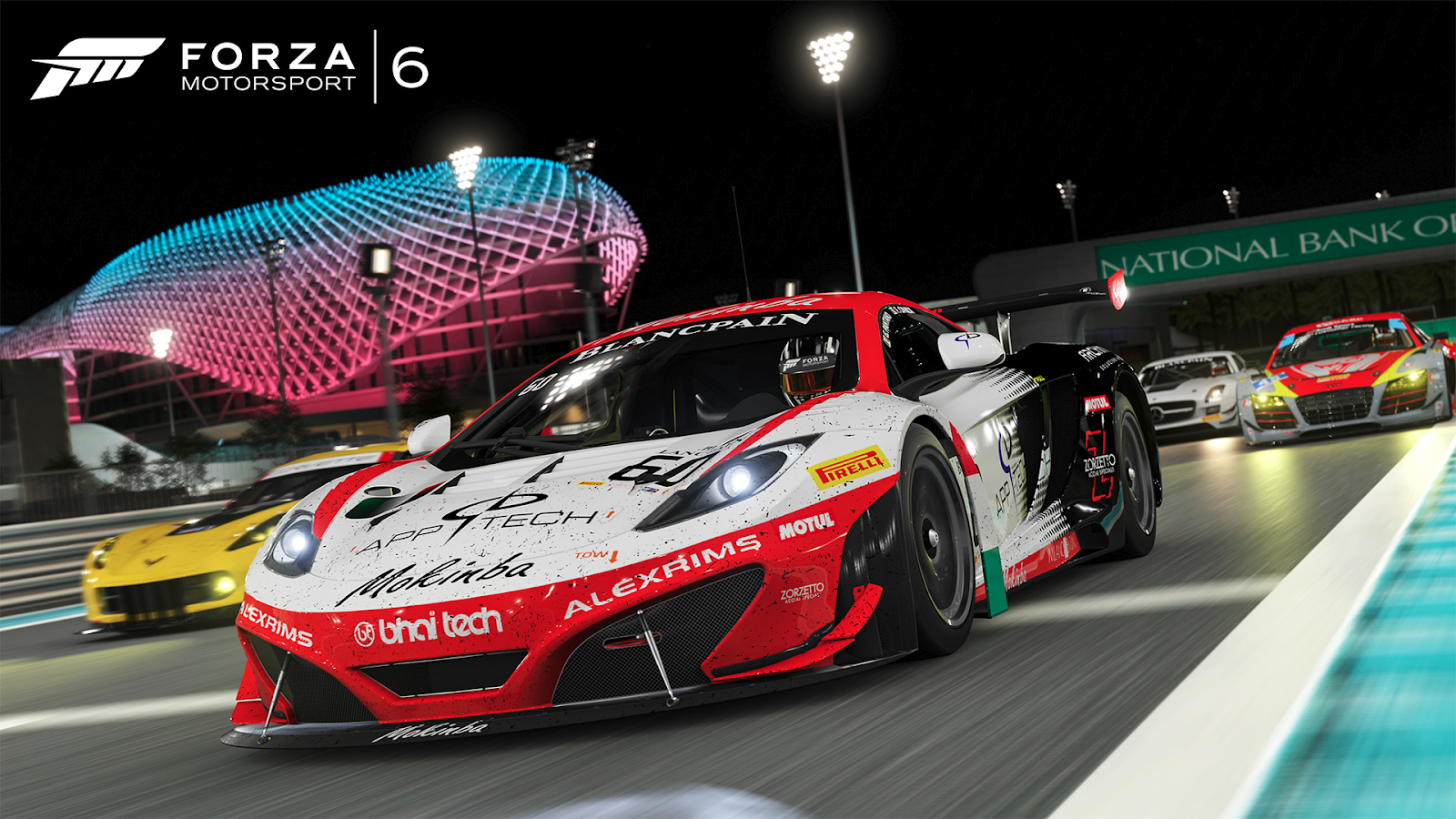 A prime candidate for the Most Improved Series, Forza 6 fixed a lot of things that were wrong with the last game. Turn 10 and Microsoft gave us more cars, more tracks, a revamped single player mode, peripheral support, and more players on the track in multiplayer...all very positive steps forward. The new physics system gave the cars a completely different feel from Forza 5 which was both a blessing and a curse. The 2old4forza guys may miss storefronts and file sharing, but we are grateful to have a full Forza game on a current console.

Not to come across as a total jerk but when I get to play Forza 6 on my 92” projection screen, in cockpit view...oh god it’s good! It’s good no matter what but honestly Forza is at it’s best when it’s larger than life like that! I don’t know if I am a huge fan of the Mods (aka COD’s perks) yet but extra credits and XP are nothing to sneeze at. Night racing can be a brutal while racing in the rain is just terrifying. There was a puddle across the back straight I think on Brands Hatch and every time I went through it and felt my car hydroplane I squeezed the controller so hard it would creak. That is what I want from a game. I want my heart to pound, I want my palms to sweat, I want to be invested and this year no other game has done that for me as much as Forza 6.

Wait Editors have to decide things? Who gave me this job?!

The staff vote was split 50/50 for Fallout 4 and Forza 6.  Being a Jeopardy! nerd with one of my favorite categories being Before and After I almost went with the cop out of giving it to “Fallout Fourza” but I decided to suck it up and make a decision! 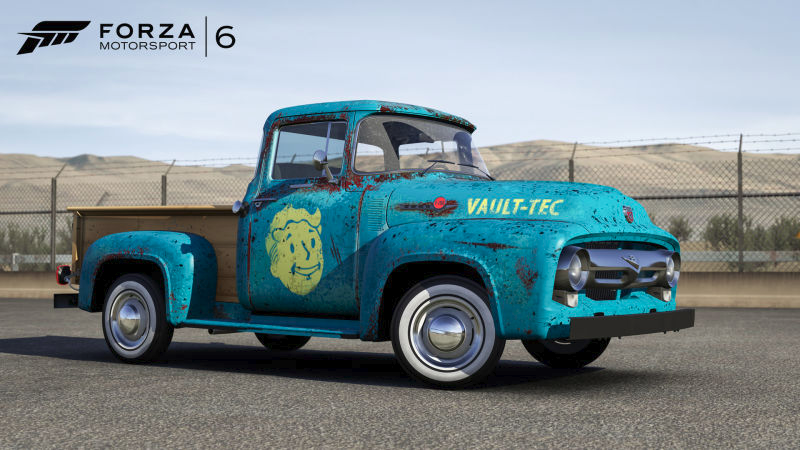 I’m giving Forza the bump since it was nice to see the 2old2play community get excited and have some buzz on the forums.  Nice to get some multiplayer action going since community in gaming is where it all started! 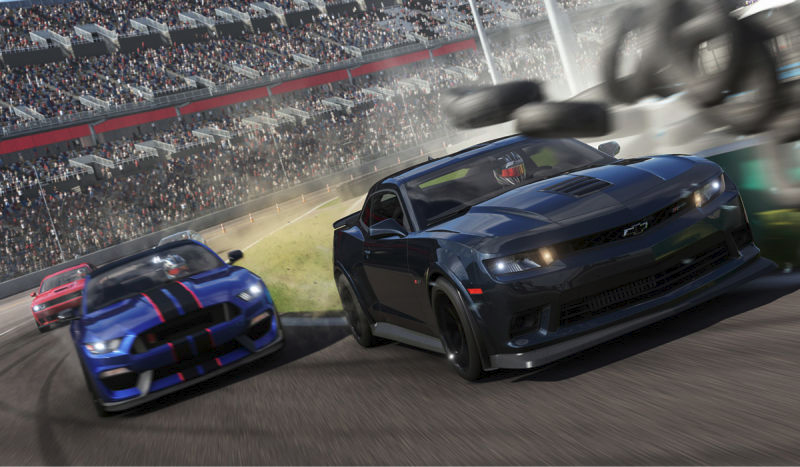 While it wasn't a banner year for blockbuster games, it was cool to see that all our favorites this year did have more of a community element (even if Fallout’s was virtual and didn't’ make you talk to any actual people). My old cranky pants opinion is the internet has gotten too big to make meaningful connections like it did when I was a kid (get off my virtual lawn!). But it's nice to know games are still able to help us find both virtual and in real life friends and community!

Game of the Year
Forza Motorsport 6