Just when I was starting to feel like I should let the other writers have the pinball review codes occasionally, Zen announced a Portal table and I immediately called first dibs. Full disclosure on the depths of my Portal fandom, I’m currently sipping a beverage with ice cubes shaped like weighted companion cubes. 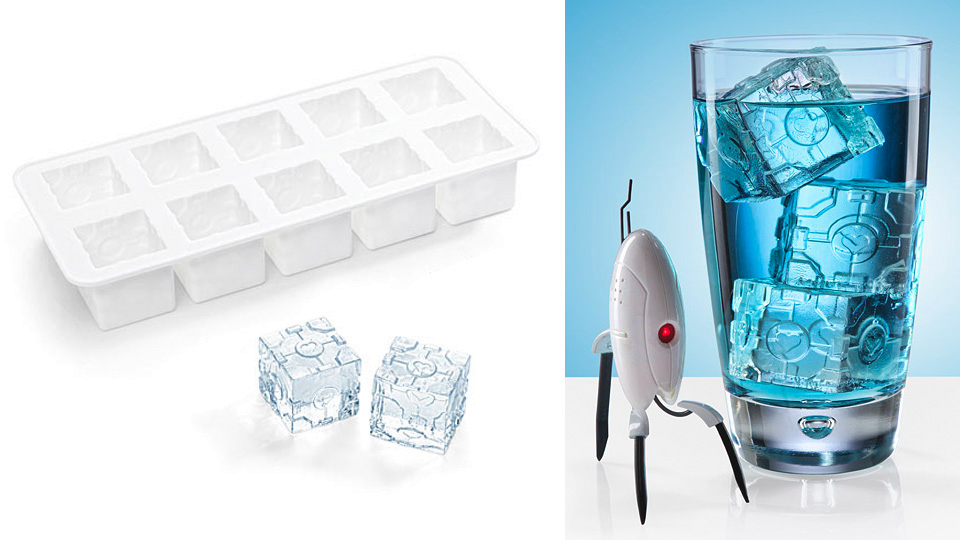 ‘You’re doing very well’
Hooray Portal Pinball, complete with all the characters from the first and second game.
https://www.youtube.com/watch?v=Boi2kzQcu9c[width=650,height=366]

Zen did a great job of translating everything Portal into a pin and it really reminded me of the game. You’ve got Chell standing around the sides of the table moving through portals based on different shots and modes. GLaDOS and Wheatley are cheering and jeering for you respectively. ATLAS and P-Body show up when you make it into multi-player mode. Hail, hail the gang’s all here! 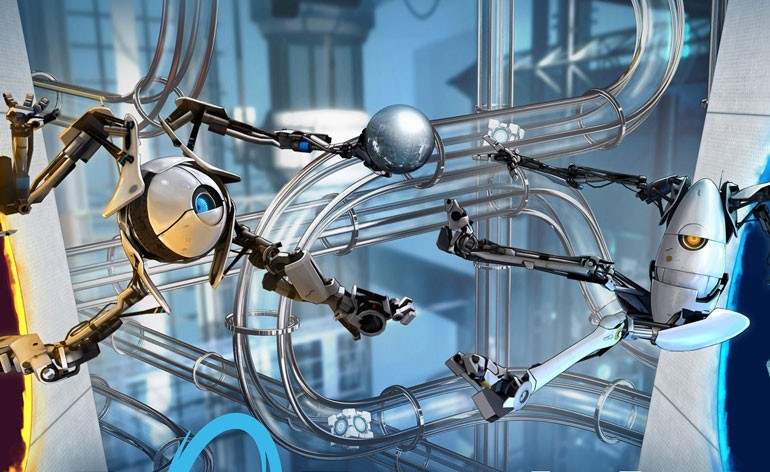 For my first few playthroughs it almost felt like Wheatley was adapting the difficulty and giving me more “you suck balls” to continue my turn instead of draining. Or maybe that was a special mode for the press before launch…

My first few attempts were annoying chaos (as are first few games on any new pinball machine when you are trying to figure out the rules). Once I figured out how to get into test chamber mode, the rules were really easy to follow though. It was nice that it allowed you to choose your test each time so you could work on mastery of one or try to skip around and see what else was out there. 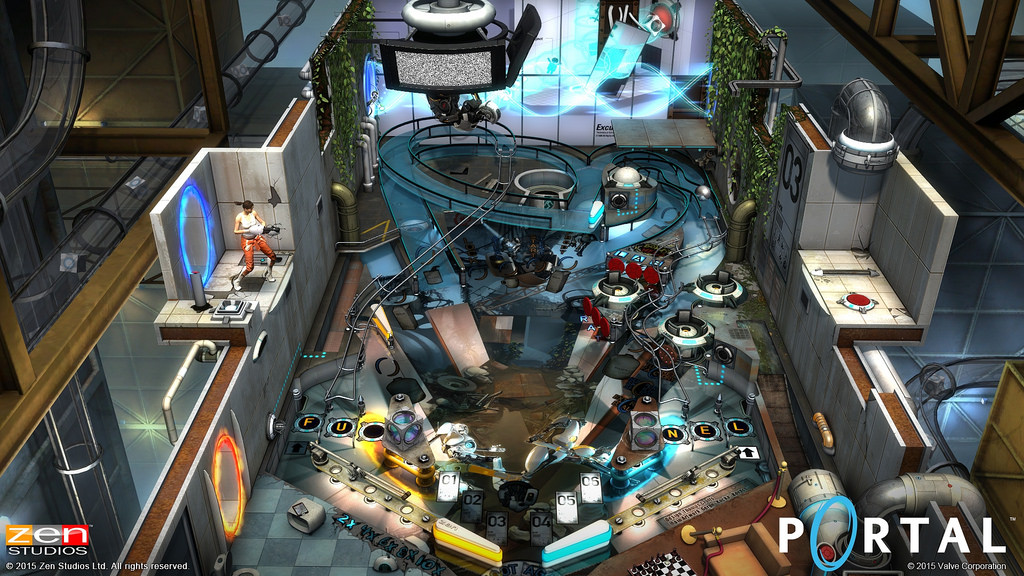 The propulsion gels from the games could be generated with different shots which made for some interesting ball dynamics. The elusive Ratman from Portal 2 also gets his own playfield in one mode. And of course there’s cake involved.

I’ve seen other reviews and discussions that the sounds were annoying. I thought they were very well done and it was great to see they had all the original voice actors. Pins can get a bit repetitive if you hit the same shots all the time but this one didn’t annoy me. One thing I did need to do though was turn the music down and soundFX up in the system menu because otherwise GLaDOS was too quiet to hear.

‘Cake and grief counselling will be available at the end of the test’
Zen did an amazing job of giving you the true Portal experience that Chell must have felt, but that’s not necessarily a good thing.  It felt a lot like before she figured out maybe something wasn’t right and was just taking endless tests doing the same stupid crap over and over and over again with little reward. I found you pretty much need to become a pinball Zen master (pun intended) to hit all the right timed shots for each test chamber mode.

The testing modes weren’t hard to get into but they are really hard to actually complete. I think I managed to complete one in all the times I played so far. Which gets me nowhere near finishing all 6 needed to get into boss mode to fight GLaDOS. That meant I also couldn’t get Chell over to all the spaces on the board through the portals, light bridgers and other game homages.  The good news is I do feel like if I played a lot more I could master the shots and make it through the full rule set. 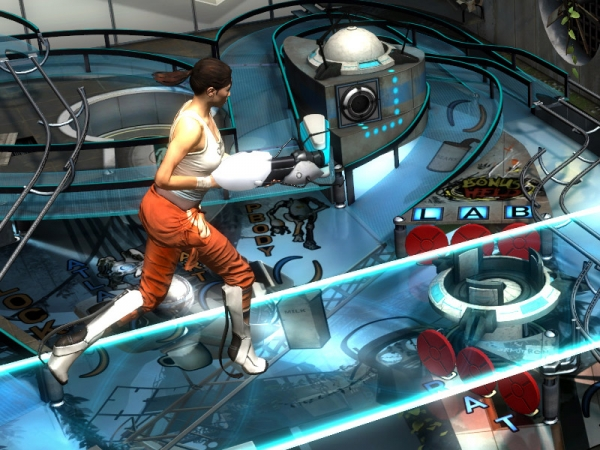 The flipper on the upper playfield is totally my nemesis. I’ve had a similar thing on other Zen and real tables and I just can never get my timing down and drain immediately. It at least it reminds me I’m consistently bad at something. I was hoping for the GLaDOS voice over“The Enrichment Center regrets to inform you that this next test is impossible.” Except it is possible for other people so instead it felt more like: "Well done. Here come the test results: You are a horrible person. I'm serious, that's what it says: A horrible person. We weren't even testing for that.”

The table layout is OK. Its a straightforward layout with a center lock to start the tests and a bunch of ramps. I was excited for wide outlanes which I usually love but these are triple outlines and I drain down the 3rd lane all the freakin’ time. Setting the controller so tilt was shake instead of the left stick helped me prevent it sometimes but it still felt frequent and out of my control. I  liked the spinning cubes on the bumpers by the flippers and the turret bumpers were a nice touch. There was something I was hitting that was giving me points toward cake up on the DMD but I never quite figured out where that shot was.

‘Congratulations the test is now over!’ 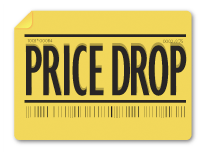 I had fun with this game and I’m glad there’s a Portal pin. I did not love this table and think Zen has done a ton of others that are a lot more fun. If you are a Portal Fan it's worth adding to your collection. If you are a pinball novice it is probably a good one to build some skill and learn how rule sets work through endless testing. But if you are just in it for the love of pinball and have no connection to The Portal games you’ll probably get bored with this table really fast.