Point-And-Click Adventure Games to Pick Up 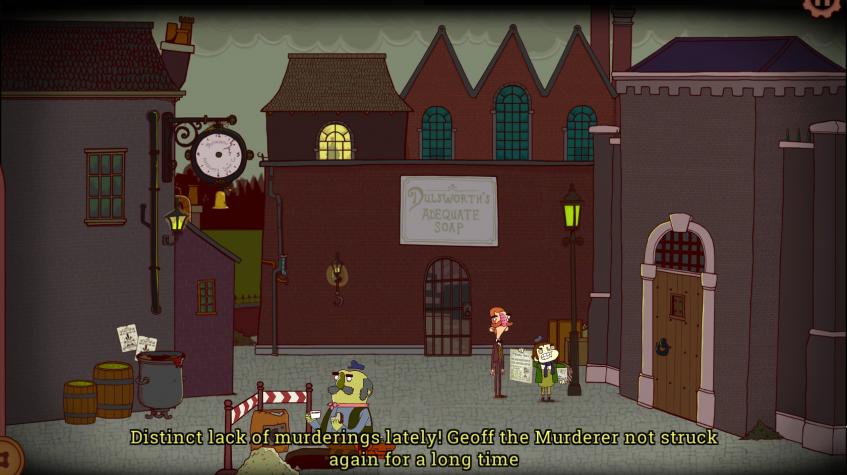 Medieval times are a popular setting for adventuring and we’ve got two titles that feature knights. Also some sentient corn, counterfeit Russian teddy bears, and punny brits. Last week I shared some point-and-click adventure games I'd recommend skipping.  Here are a few that were a lot more fun that I recommend picking up.

Tick’s Tale Up All Knight

Tick’s Tale is a retro graphics old school point-and-click adventure. You play as Tick with who needs to go on a heroic quest to impress the girl of his dreams. It’s a story of knights and goblins with all the tropes and trappings of medieval times. The game is a quick play through and a lot of fun.  My husband and I got through it in about 3 hours unlocking all but the two hidden achievements.

Even with it being less than 3 hours log the game is under $10 so I’d rather spend my money on that than a movie or breakfast at Starbucks. This game of reminds me of how I remember King’s Quest games from childhood. Except when I actually went back and played some older King’s Quest games my memory served me wrong. They’re hard and not that funny so I’ll take this as a substitute any day!

I was lucky Maize happened to launch one of the weeks I had new release duty otherwise it probably would have slipped under my radar. It’s the second title for Canadian indie studio Finish Line Games and their first foray into adventure games. I was immediately hooked when I saw this description for the game: what happens when two scientists misinterpret a memo from the U.S. Government and create sentient corn. And that last sentence is pretty much the least ridiculous thing about the game.  Game play is first person and its not revealed until near the end of game exactly who the player is. This gives an interesting air of mystery that has you looking for clues and mirrors throughout the world.

As you wander through the world you meet some characters and begin to get clues as to who you are and what your true mission is. The narrator is sarcastic and there are lots of clever messages in the prompts and artifacts you collect throughout the game. A short way into the game you also get a robot teddy bear sidekick (think knock-off Russian Teddy Ruxpin) who follows you around to tell you how lazy and stupid everything is. I want him to follow me around in real life!

I really enjoyed this game.  It's slow paced object finding and combining to solve puzzles but the mystery and witty guidance prompts keep it moving and interesting. The apocalyptic mad science story was fun and I recommend spending the 7 or so hours exploring the land of sentient corn to figure out what the heck is going on.

Stop reading this review and go buy this game now! This point-and-click adventure is the first game from British animation studio Rumpus.  It’s set in Victorian London where you play as Detective Bertram Fiddle (contemporary to Sherlock Holmes who appears in the game) with your trusty manservant Claude. You are on the case to track down the mysterious villain known only as “Geoff the Murder.”  "Puzzles! Puns and Pigeons!" is one of the game’s taglines and it delivers on all three.  There are 2 episodes of the game, both full games in their own right set in the same world.

I loved this game.  Episode 2 wasn’t as strong as 1 but I definitely want more from this studio!  Murder, mayhem, puns, british accents and awesome animation. I hope Rumpus keeps rounding out their animation portfolio with video games!

Here’s one that actually came out in 2019! Guard Duty is a comedy adventure mostly set in medieval times but with some time travelling secrets you need to unravel as part of the story.  You play as castle guard Tondbert out to save the kidnapped princess as well as Agent Starborn on a quest to save the earth. 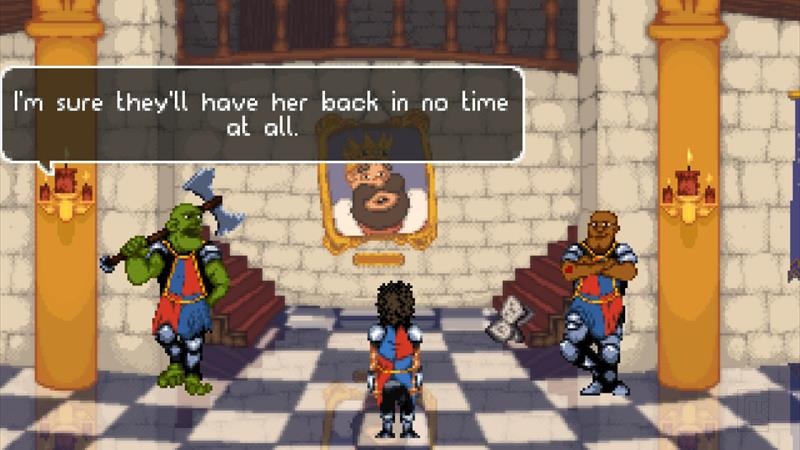 I had a lot of fun with this.  Definitely worth picking up.