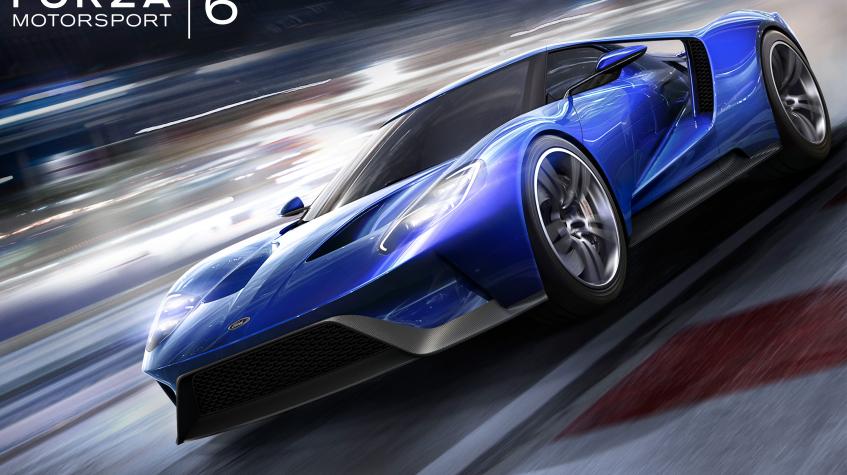 During the console launches of the PS4 and the XB1, both Sony and Microsoft placed their respective new racing games on store shelves to attract console racers: Gran Turismo 6 for the PS3 and Forza 5 for Microsoft's new Xbox One. This is especially important when taking a community like ours into consideration since racing gamers are all about that instant gratification and will choose a console based on who has the best racing game at that moment. Consequently, the 2old4forza clan lost a lot of members to the Sony side. Does Forza 6 have what it takes to win back the hearts of racers and bring the band back together for a few laps?

Let's Start With the Cars

Forza 6 is a much bigger game than its predecessor, and the garage is the first place that this becomes apparent. The available cars at launch is more than double compared to Forza 5. The roster owes a lot of its expansion to inclusion of cars from Forza Horizon 2, Forza 5 DLC, more dedicated racing models, and manufacturers releasing new vehicle models like the McLaren 650S, Dodge Challenger SRT Hellcat, and 2017 Ford GT cover car.

Although the initial roster is considerably larger than the last game, it's relatively sparse when compared to Forza 3 or Forza 4 and their bloated garages. Yeah, I liked my Pinto in Forza 4, but it was only a race car because I made it one. You will not find Gremlins, Pacers, or Pintos on the tracks of Forza 6. The list of available cars still seems lean for a Forza game, but a lot of the fat from previous games had been trimmed and replaced with cars that actually belong in a racing game. While I may miss the Morgan, Wiesmann, and Mosler, there is no shortage of badass rides in Forza 6.

Turn 10 has a curious habit of dropping favorite tracks in favor of the newness. If you were hoping to see the triumphant return of Sunset, Mugello, Suzuka, New York, or Fujimi Kaido then you are shit out of luck son...they aren't here. Here's the complete track list, at launch: The developer has kept the tracks from Forza 5 and added new tracks that are very, very good. Additionally, night driving has been added...as well as some rainy weather on a few tracks. The night race feature can be a bit disorienting, especially on the longer tracks, since off-track features are often subconsciously used to maintain track orientation and progression. I discovered this while playing the demo at E3: I wasn't able to recognize Sebring until a couple of turns down the track. Night driving doesn't necessarily change the track, but it challenged the way that I approach turns and demands a more conservative touch than a daylight race. Night racing is a bit slower, but it is a welcome change. Racing in the rain, however, can be frustrating for a grip racer. Grip is severely compromised in the rain, making each turn an exercise in maintenance instead of control. Additionally, large puddles tend to accumulate on the track and can have devastating consequences for a driver already stuggling for vehicle control.

Turn 10 has tweaked their physics model from the last game by applying data from tire research. The result is a subtlely grippier vehicle that is more approachable than the same car in Forza 5.  Racers that rely on a controlled loss of traction to make the faster turns may have to tune the "looseness" back into their rides to duplicate handling from the previous game.

Forza 6 is probably the most beautiful and detailed racing game in existence. The cars are so closely detailed that the individual carbon fibers can be seen on the cars. I can't shake the feeling that this is the game that Greenawalt and crew wanted to bring us at the console launch, but were unable to finish due to time constraints. However, Turn 10 claims that this is not the case.

Besides the impressive car roster and track selection, Forza 6 has the ability to allow 24 multiplayer cars on track at the same time. That first turn is going to be a bitch. Multiplayer is much easier to navigate, find folks, and race them. I have played for several hours in multiplayer and have only been booted twice and received that stupid fucking "weak connection" message once...fuck that message. So multiplayer, apparently and for the most part, has been fixed for the new game.

You Knew It Was Coming

Not everything is all sunshine and lollipops in Forzaland. Where the fuck is the '65 Pontiac GTO? I miss that car. Those of you who were hoping that Turn 10 had come to their senses and opened the storefronts back up for business are going to be disappointed: there is no way to sell vinyls, designs, or tunes directly to other players. Similarly, tunes and designs cannot be directly gifted to friends like they could in Forza 3 and 4, thus dashing the potential collaborative endeavors of an entire racing community. Some of my best tunes were collaborative efforts between myself and other 2o4f guys...different perspectives and opinions supercharge creative projects.

Were you hoping to get your Forza 4 racing club rebooted in the new game? Tough shit, amigo. Next gen racing is all about individual accomplishments, apparently. I liked the car club concept from Forza 4, but that function has been dropped from the new game. Other casualties include American Stock Cars, drift leaderboards, limited drift and autocross options, and the 65 GTO.

So double the cars, add a bunch of new tracks, as well as night and wetness, improve the physics and multiplayer and what you have is a Forza game that is not only better than its predecessor, but quite possibly the best racing game on the current consoles. Forza 6 is going to sell some Xbox Ones. Convert now or race shitty Gran Turismo by yourself, because Forza 6 is bringing the clan back together.