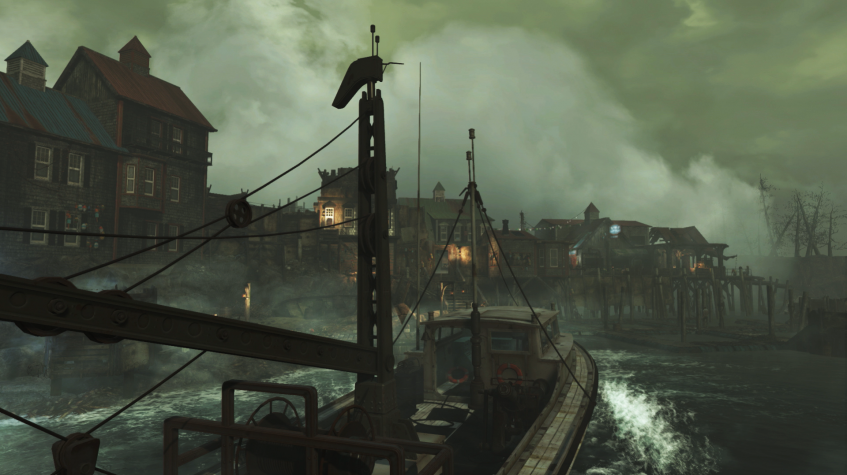 Veterans of big Bethesda RPGs know that when they purchase one of these games they will be plinking down another chunk of change down the road when the DLC hits, and there will be additional paid content. After all, Bethesda is credited with the creating paid DLC. We also know that this DLC will also probably be set on an island, because of the precedents set by Oblivion’s Shivering Isles expansion, Skyrim’s Dragonborn DLC, and Fallout 3’s Point Lookout expansion. New Vegas did not have an island DLC, but it was developed by Obsidian, not Bethesda, and it was set in the fucking desert, where islands are sparse. The add-on for Bethesda’s Fallout 4 is, once again, set on an island. Welcome to Far Harbor, amigo, 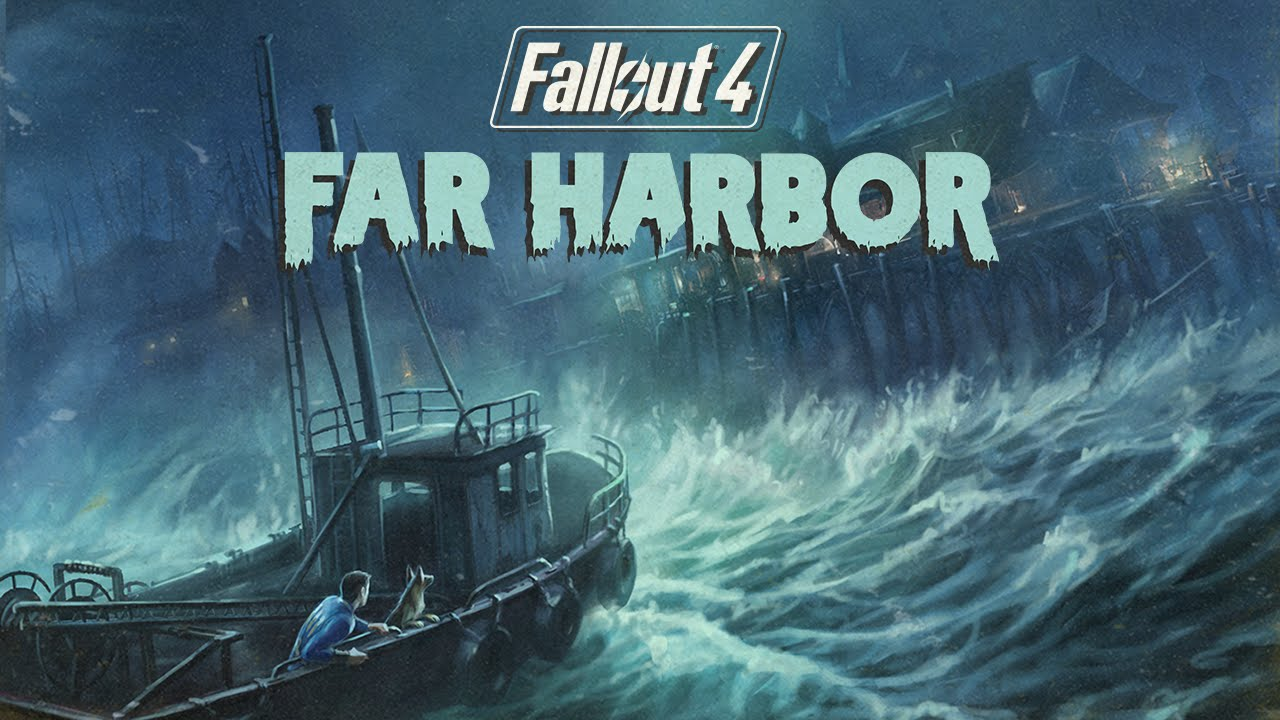 Once the content is installed, Ellie will contact the player, via the Pip Boy radio, and summon him or her to the Valentine Detective Agency in Diamond City’s market for a missing person case. A coastal fisherman claims that his daughter has been lured away by a voice on the radio. After the player determines that the daughter has fled to Far Harbor, far to the north, the father grants the player use of his boat and off we go. 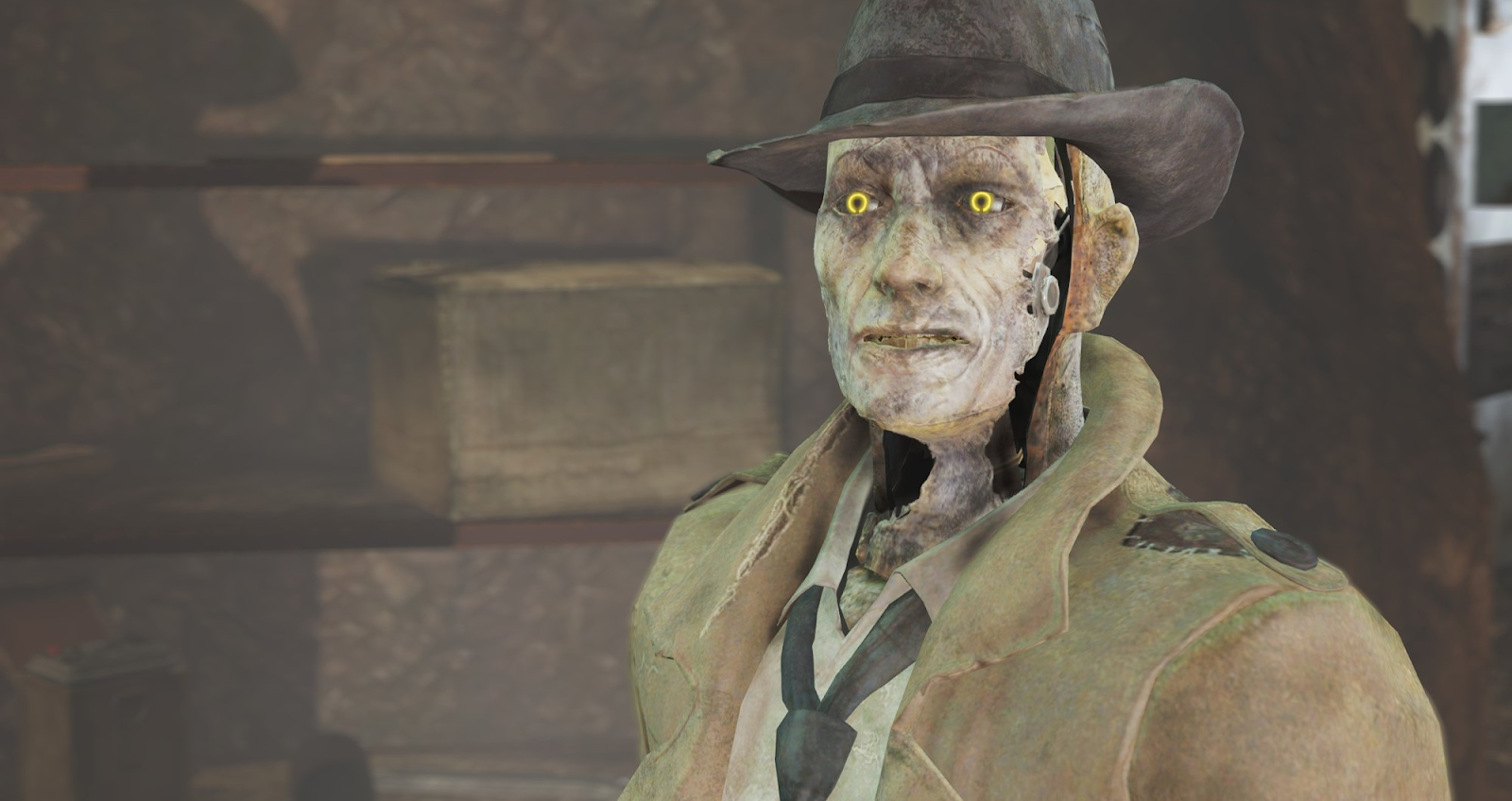 Upon arrival in Far Harbor, formerly Bar Harbor, Maine, players will discover that the town is in dire straits. A radioactive fog that has plagued the island since the bombs dropped has been worsening and has pushed the survivors into a single settlement on the last remaining fishing dock in town. Mirelurks, Gulpers, giant Anglers (complete with glowing lure) and worse thrive in the fog. Adding to the woes brought on by the local wildlife, the town's relationship with the other two factions on the island, The Synth settlement of Acadia and the Children of Atom’s refuge in The Nucleus, has deteriorated to mistrust and outright hostility, respectively.

The Fine Folks of Far Harbor 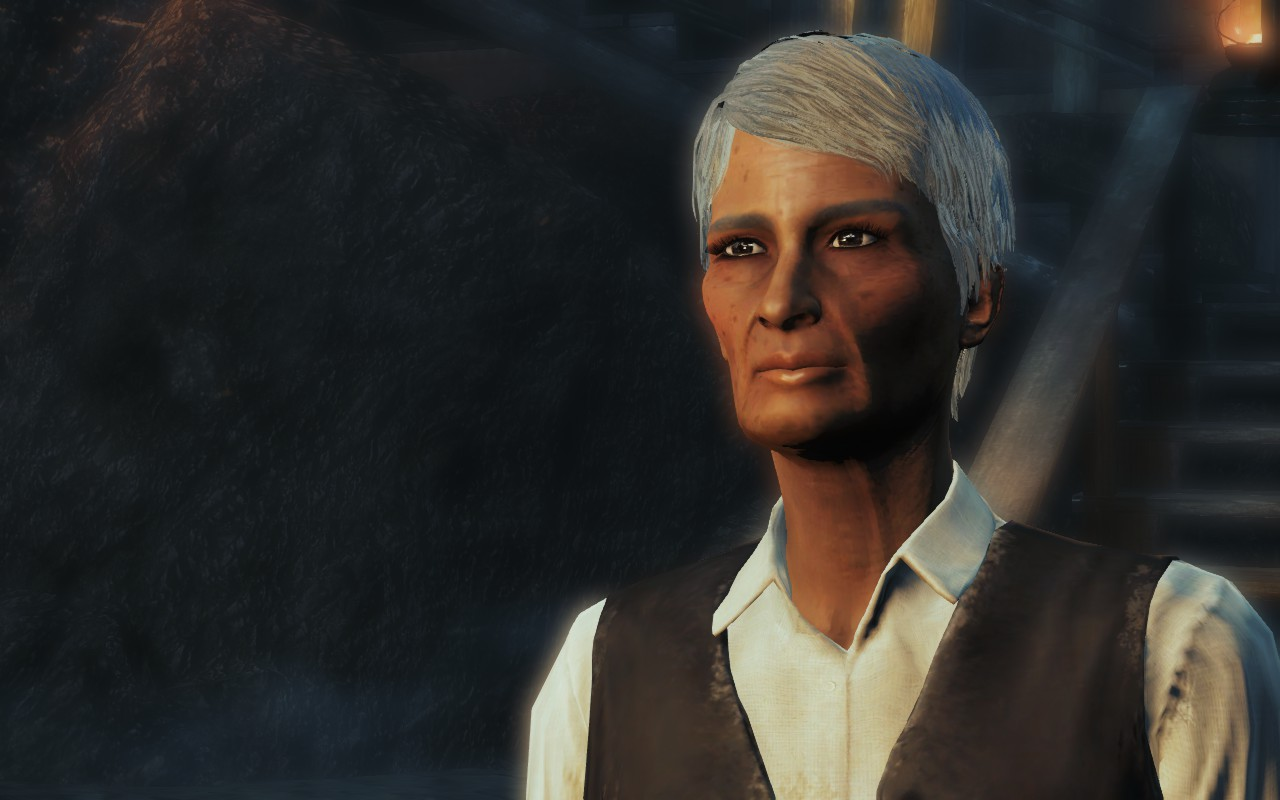 Captain Avery is the leader of Far Harbor, although her alliance with the Synths of Acadia and lenient dealing with the Children of Atom has caused a fair share of resentment in the town. Avery is hoping for a peaceful coexistence of all factions on the island. Far Harbor is reliant on the fog condensers provided by Acadia, but anti-Synth hysteria is high and Avery is struggling for control. 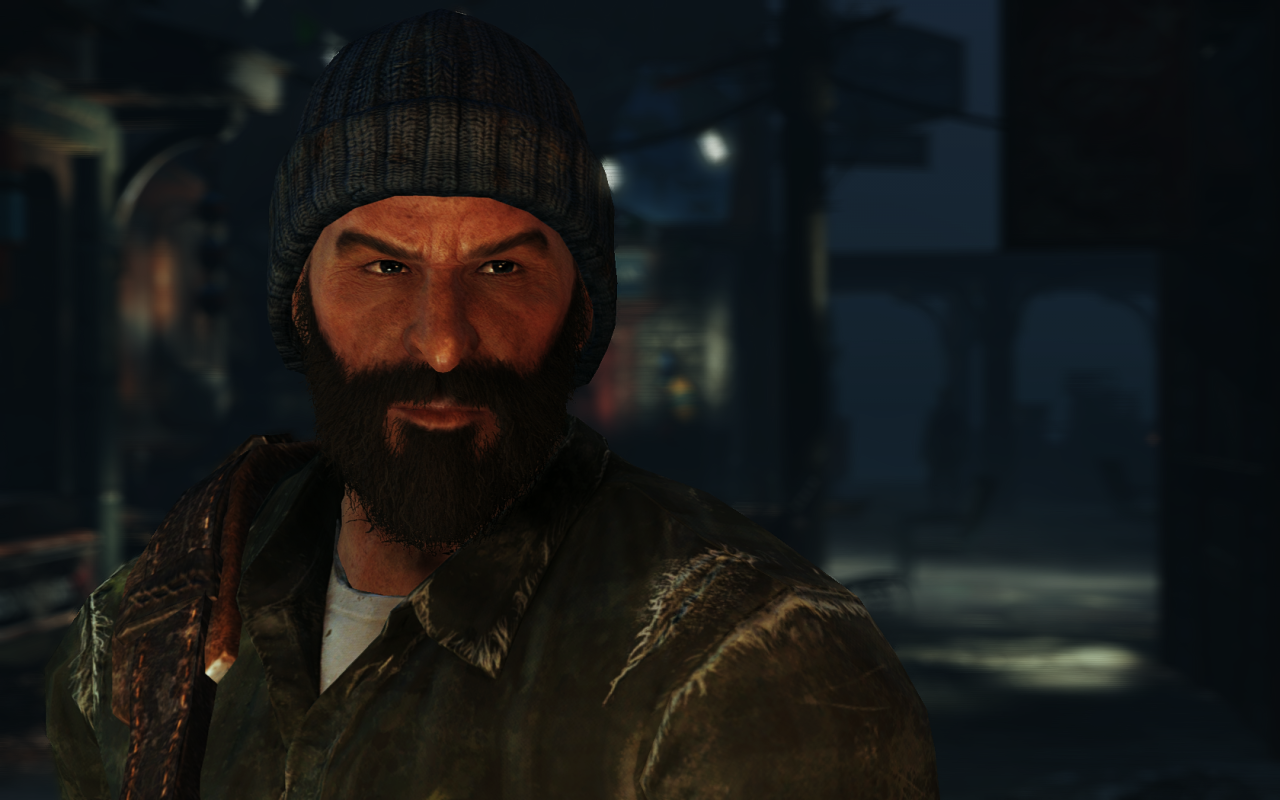 Allen is the local arms dealer in Far Harbor, and the greatest threat to Avery’s authority. There is no problem on the island that cannot be settled with a gun, and Allen is an advocate for a violent resolution to both problems, both synthetic and religious. If you want to be on Allen’s good side, kill as many Synths and zealots as possible, preferably with one of his guns. 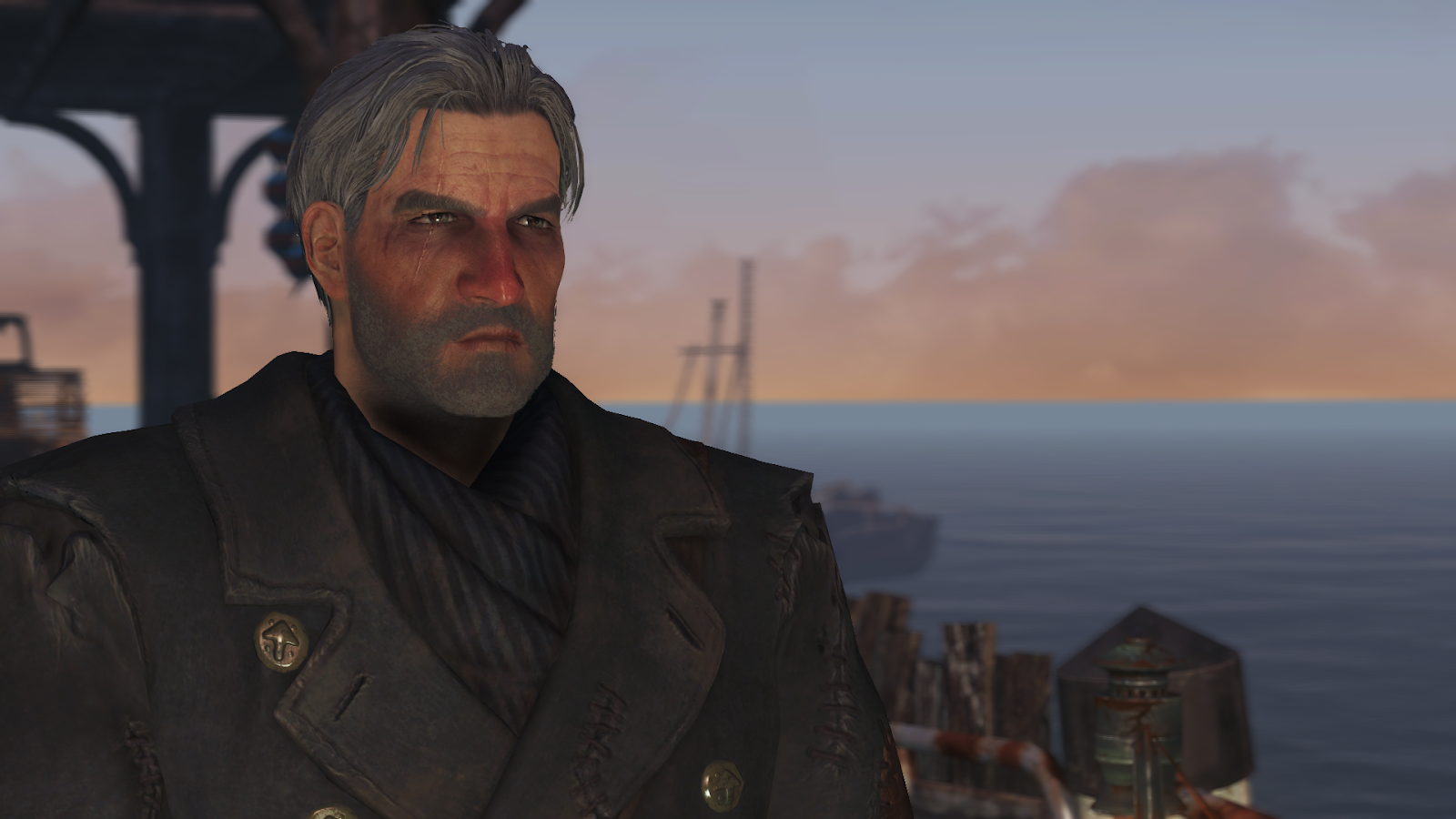 Longfellow serves as a guide from Far Harbor to Acadia. He’s old, he’s cranky, he drinks a lot, and he’s kind of an outcast in town. He’s also available as a traveling companion to players.

DiMA is the leader of Acadia. He is a proponent of peace and struggles to maintain a relationship with both Far Harbor and The Nucleus. Acadia was founded by DiMA as a sanctuary for Synths and while the settlement is actually presided over by a triumvirate, DiMA is viewed as the figurehead. It’s no coincidence that DiMA bears a strong resemblance to Nick Valentine, and the two prototypes share a history. 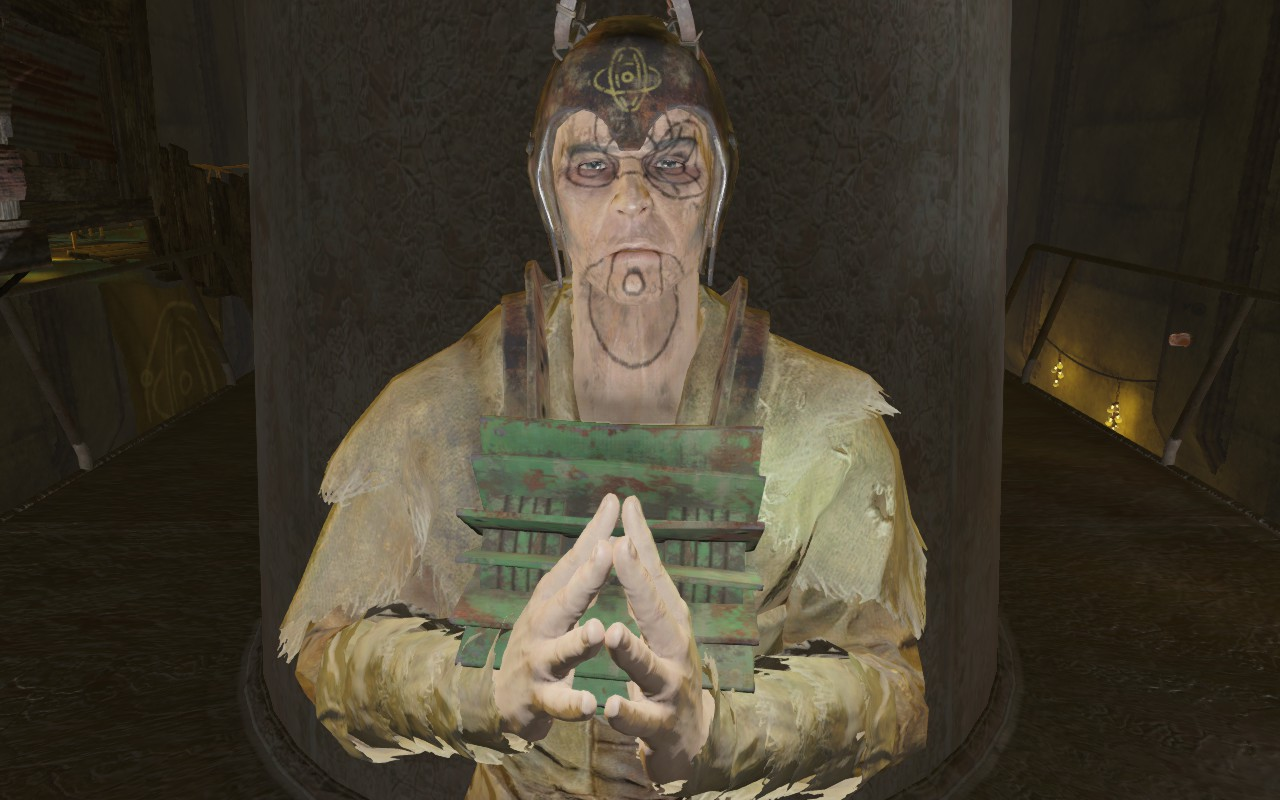 Tektus is the religious leader of the Children of Atom on the island. He believes that the fog is a holy blessing from Atom, and views the fog condensers as an affront to his deity. Far Harbor’s rejection of Atom and occasional beating or murder of Atom’s zealots now requires a cleansing of the island. The Nucleus is a former submarine base, complete with a functioning submarine armed with nuclear missiles. Tektus would certainly bathe Far Harbor in glorious radiation...if he could only find the launch key. After landing in Far Harbor, Longfellow will lead the player to Acadia where the missing daughter will be introduced almost immediately, after intros with DiMA. The daughter suspects that she may be a Synth and is reluctant to return with the player, sparing them the rage of pissing away twenty five bucks on 30 minutes of gameplay. She suspects that something is being kept secret in Acadia and wants to get to the bottom of it, using the player’s detective skills.

Accepting the job, the player discovers that Acadia is indeed hiding secrets, in the form of DiMA’s memories, now stored in the secured submarine base that was his first home on the island: The Nucleus. DiMA urges the player to pose as a prospect in order to download the missing memories and bring them back. 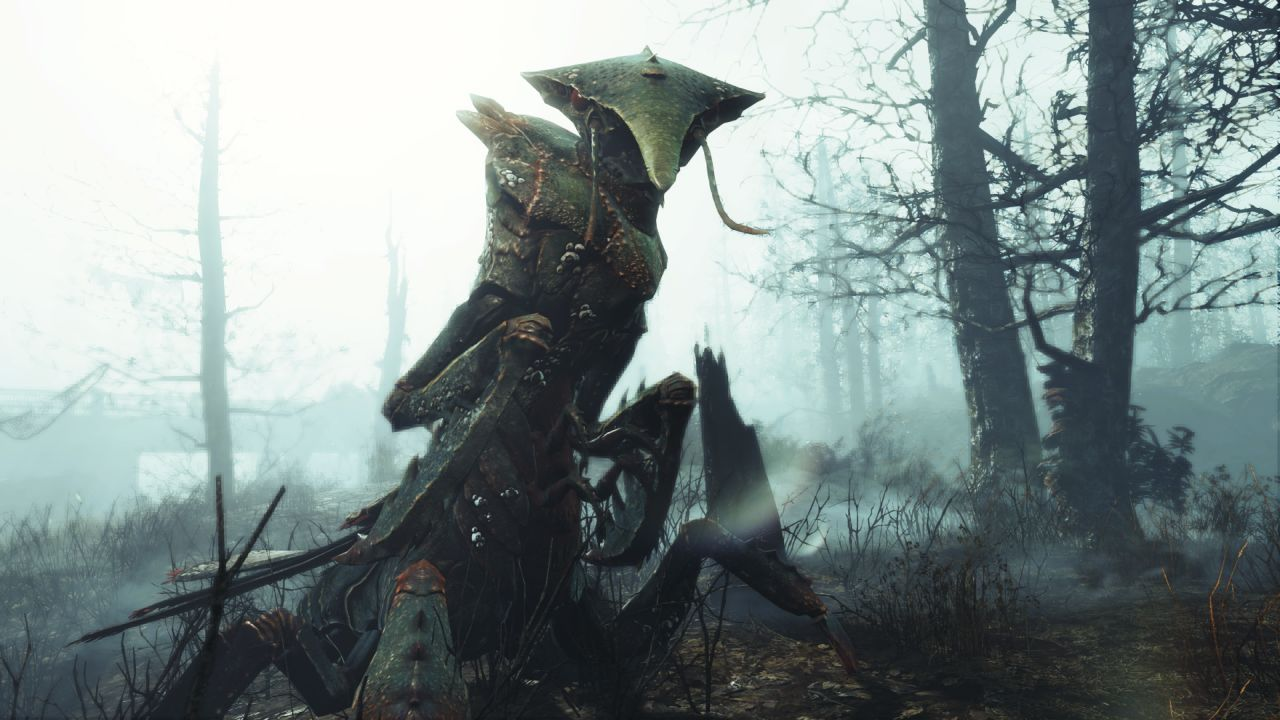 Here’s where the player’s affiliations come into play. A Brotherhood of Steel Paladin would have an obligation to report a settlement of Synths to his superiors and wipe the colony out with extreme prejudice. This resolution would mean that Far Harbor’s fog condensers fall into disrepair, leaving them at the mercy of the fog and the Children of Atom. Similarly, the acting Head of the Institute would want his Synths back home in the Institute. Alternatively, the player could just blast the shit out of everyone they meet and not worry about the island factions: I’m not here to judge.

It may be a good idea to take Nick Valentine as a companion: you’ll gain a better look at Nick’s history and some different interactions with DiMA...plus he is a detective, which is a good thing to have in a detective story. Nick isn’t a necessity, you can take anyone you want or go solo, but he will make the trip more interesting. Far Harbor reminds me a lot of Point Lookout without the touristy carnival feel, which is a good thing. The role of detective was only touched on briefly in the main game, but expanded wonderfully for the DLC. Having the option of having a more subtle influence on the dynamics and relationships between the different communities was also appealing to me. I played through the add-on twice, once as a BOS Paladin and again as an Institute ally, and although the BOS approach much much shorter and bloodier, both were satisfying

You Knew it Was Coming

Packing on post-game DLC means that the player is already a certified badass by the time they reach Maine. No one on the island stood a chance against a high-level PC and the player can pretty much roll over the island leaving nothing but death and destruction in their wake. I am hopeful that survival mode will remedy that on my next playthrough. Most of the characters on the island are either intentionally unwelcoming, hostile, or duplicitous, which makes it hard to find someone that you actually like. It’s hard to work for a peaceful solution when you don’t really care who lives or dies. The unique weapons are a mix of Point Lookout bullshit and fishing equipment. The .45-70 Lever Action Rifle makes a return, as well as the harpoon gun, fish-hook melee weapons, the Radium Rifle, which adds radiation damage to the ballistic projectile, and a weird radiation mallet. None of these were actually useful to me, except to trade for ammunition for the guns I brought with me.

Far Harbor is an interesting, but familiar, piece of content in the Fallout universe. If you liked Fallout 4 enough to finish the main quest at least once, then this is a no-brainer. It was good to get out of the Commonwealth for a while, but it’s pretty much the same story everywhere.