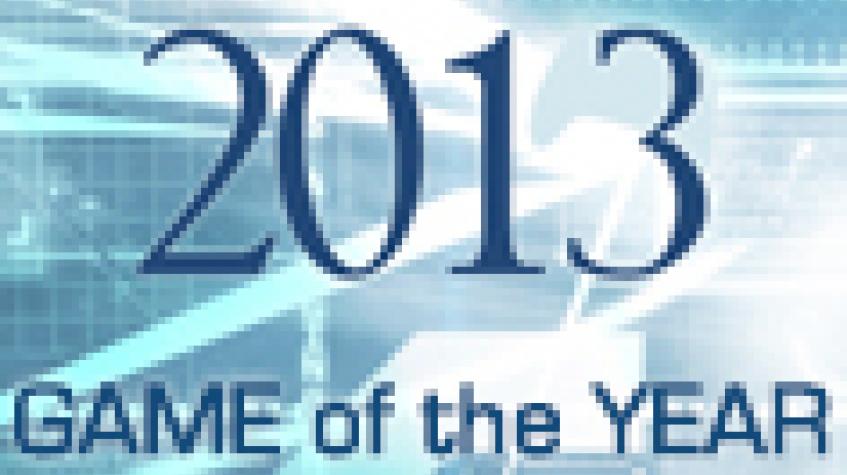 2013 marked the end of the Xbox 360 and PS3 generation of gaming consoles and the uneventful launches of new consoles by Microsoft and Sony, and to an extent, Nintendo. However, under the shadow of new consoles releasing, we had a year rife with first-party promises and disappointments. We had a new Nintendo console sink into the deep end of the pool, and a Kickstarter console, Ouya, tried to grab a piece of the pie. Through it all we kept playing games. What we may remember about 2013 is the unusually sharp contrast between the very good games we played and the very bad games we ignored.

2013 Game of the Year Nominees

The writing staff here at 2old2play aren’t just writers, we are also massive gamers who play across several different platforms in several different genres, collectively logging in hundreds of hours a week playing games. Despite the fact that we play different types of games on different equipment, we had very little trouble settling on a top five this year. I don’t know if this was indicative of the lack of really good titles this year, or if these five were the standouts in an ocean of great games, but your nominees for 2013 are:

Despite its dismal reception on the PC in May of 2012, Blizzard went ahead with development for the PS3 and Xbox 360, and console players ate it up. Published by Square Enix, Diablo III gave console players all of the level-rushing, demon-slaying, and corpse-looting goodness of the PC title without all of the auction house bullshit and drama that gave Diablo a black eye in 2012.

“Actually, even though it isn't "new" it was new to the XBOX and the PS3 this year but Diablo III is a really good game and even better in Co-op. There is a lot of game in there and Mrs. Soup and I have been moving through it albeit a little slowly for my taste. The problem with playing a game like this with my wife is that she has to micromanage her outfit and weapons which adds hours to the playing time. It used to annoy me...now I just nap.” -ChunkySoup

Ken Levine and Irrational Games had set the bar very high with the original Bioshock, and Bioshock 2 suffered for it. Mid-development changes, a tacked-on multiplayer, and antagonist issues in the second game left gamers hesitant about the third installment in the Bioshock series. Despite moving the game out of Rapture, and putting players up against foes that were neither splicers nor Big Daddies, Irrational knocked Bioshock Infinite out of the park. It turns out that a change of scenery was just what the doctor ordered. Columbia was one of the most interesting and beautiful places that I ever had the pleasure to destroy. Sorry about the mess, amigo.

“I'm enjoying it a lot, the combat is amazing, story is 'holy shit' good, companion AI is revolutionary, pacing is excellent plenty of combat with well spaced out exploration breaks so you don't get combat fatigue.  Loving this so far.”-Tank

If the premise of your new game was to take a well-known bad-ass gaming icon with sex appeal and remove both the bad-ass and the sex appeal, there is little chance that your game would get made. Luckily, the folks at Crystal Dynamics don’t pitch their game ideas to me, because the Tomb Raider reboot is a crazy-good game. The game takes an inexperienced Lara Croft and places her in unspeakable peril then adds great gameplay, unforgettable character performances, and a well-written story that bridges the gap between old Lara and reimagined Lara. I hope you didn’t miss this one.

“I haven't even considered MP. I finished the campaign. The game is nearly perfect in my opinion.”-frizzlefry2

The Last of Us

Gamers love zombie games. The Walking Dead and RE6 were both nominated for GOTY last year, and as Clementine and Lee showed us, it doesn’t have to be a headshot-palooza to make a great zombie game. This year, PS3 users got treated to one of the most anticipated titles to come out of E3 2012: The Last of Us. A touching tale about loss, friendship, and humanity after the end contrasted against conflict with human, and once human, rivals.

“The Last Of Us is the first game that ever made me tear up...twice.  That game grabs you by all the feels.”-EvolveYourself

“ I thought Last of Us was boring.  Made it to downtown Boston and gave up.”-ErinAS

Okay, so not everyone thought is was great, but The Last of Us had enough votes to clinch the #2 spot. Naughty Dog delivers again.

Somehow, the newest game in the most overrated series of all time was the best game we played this year. Michael, Franklin, and Trevor gave the GTA universe a much-needed injection of gaming fun on an epic scale. Rockstar improved on everything that players like about the series: the cars, the missions, and the grand-scale carnage. Sandbox gaming has never been better.

“Despite its flaws, GTA V is the best in the series, and the most fun I had with a GTA game since Vice City. The inclusion of Trevor to the roster allows players to explore a darker side of gaming not generally provided, and certainly not rewarded, to players who don’t necessarily wear a white hat when they game.”-SarcasmoJones