GBR/2old2play Kias are back for Season 3!

After a successful outing in the very competitive Season 2 of the BSR Kia Club Series, we're excited to have another crack and see if we can defend last season's top 5 in the Team standings.  You can follow the action starting March 20 on ApexRacingTV (https://www.youtube.com/channel/UC3WV0kPwE7Llk7y7KyWpNug).  The official press release on the BSR Facebook page:

GoneBrokeRacing is pleased to announce it's return to the BSR Kia Club Series with 3 cars for Season 3. The cars will be returning this season looking very similar to last season with only a slight refresh.

#18 - Ian Roskell Ian was originally planning on entering season 3 as a privateer once again. However due to prior run ins on track last season led to the team principle to pursue his talents to fill the void of Neil Bamber's absence from the Club series. A couple interviews and a lure of an endless supply of garlic bread...Ian finally succumbed to the pressure and joined the team. He has only been here a couple days, but he has gelled w/ the team so well you'd think he has been here from the start. Ian is coming off an 18th place finish in Season 2.

#25 - Chris Sherburn Chris is the GBR team principle. He is known for keeping the mood around the team garage light. "We're here for fun damnit!" He's hoping to turn around from last season's shaky performances. Known for being able to stay out of trouble and get a car to the finish...he found himself struggling at some tracks last season. Chris is coming off a 25th place finish in Season 2.

#64 - Tristan Boddice Tristan is hoping to redeem himself after having some struggles fighting with erratic equipment. He comes in to this season with some fresh gear to replace some tired components. We are looking forward to seeing some flashes of brilliance he has produced in the past. Tristan is coming off a 17th place finish in Season 2.

Neil Bamber will be stepping away from the Kia during race outings to focus on his Skip Barber career. He will still be hanging around the GBR garage though, and assisting the team during practice sessions. 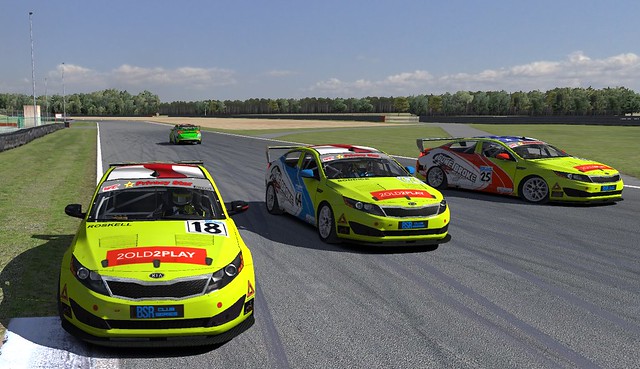 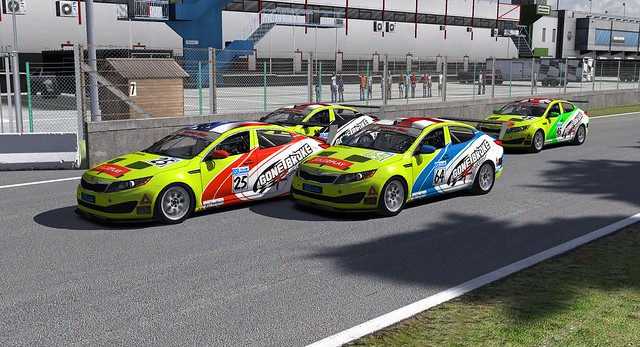